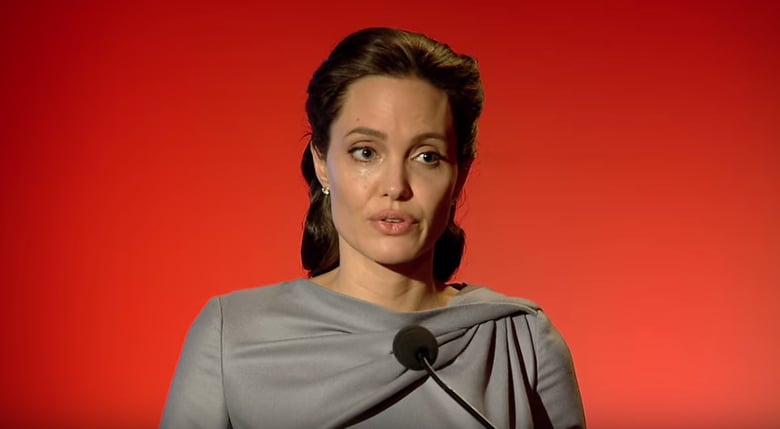 She's never been one to keep quiet about important matters of the world, but Angelina Jolie's recent speech is particularly poignant.

The actress was speaking about the global refugee crisis on the BBC's World on the Move, when she told an audience how we can no longer turn a blind eye to those forced to flee their countries.

Angelina emphasized that women and children of places like Turkey, Lebanon, Iran and Jordan are made to feel unwelcome, and asked how we'd feel if the tables were turned.

"Nobody wants to be a refugee, nobody deserves to be a refugee and as long as war is a part of the human condition, none of us are immune to becoming refugees," she warned.

The speech echoed sentiments she'd made on her March trip to Syria, where she met a woman who defied the stereotypes some have of refugees.

Speaking about how it wasn't a life the family had chosen, she said: "Never once during our discussion did she ask for anything, did she stop smiling, or talk of anything other than her desire for her children to have the chance to go to school and have a better life.

"When I saw her beautiful smile, and her dedicated husband and children looking after her, I was in awe of them. They are heroes to me. And I ask myself, what have we come to when such survivors are made to feel like beggars?"

Watch the clip to see exactly why we love Angie.

Angelina Jolie
Angelina Jolie May Be Known For Acting, But She's Given Us a Few Useful Beauty Tips Too
by Danielle Jackson 02/6/20
Latest Celebrity and Entertainment