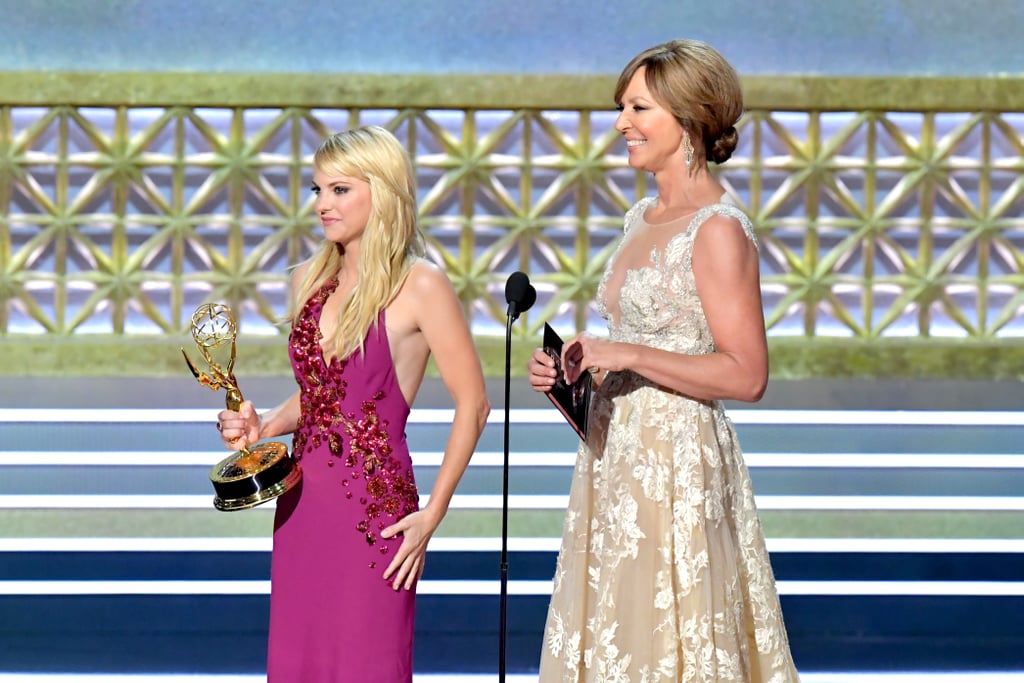 Anna Faris made a gorgeous appearance at Sunday night's Emmy Awards in LA, all smiles as she took the stage. Wearing a striking Marc Jacobs gown, the actress joined her Mom costar Allison Janney to present the award for outstanding variety sketch series to Saturday Night Live. The pair walked on stage hand in hand, and Anna had the crowd cracking up as she attempted to finish Allison's sentences. The Emmys marked Anna's first official appearance since she and Chris Pratt announced their separation in early August. Meanwhile, Anna has been fairly quiet on social media since they shared the news, but earlier this week, she announced that she'll be doing an Unqualified book tour this Fall. Check out all the best pictures from her Emmys appearance and see every look from the Emmys red carpet.