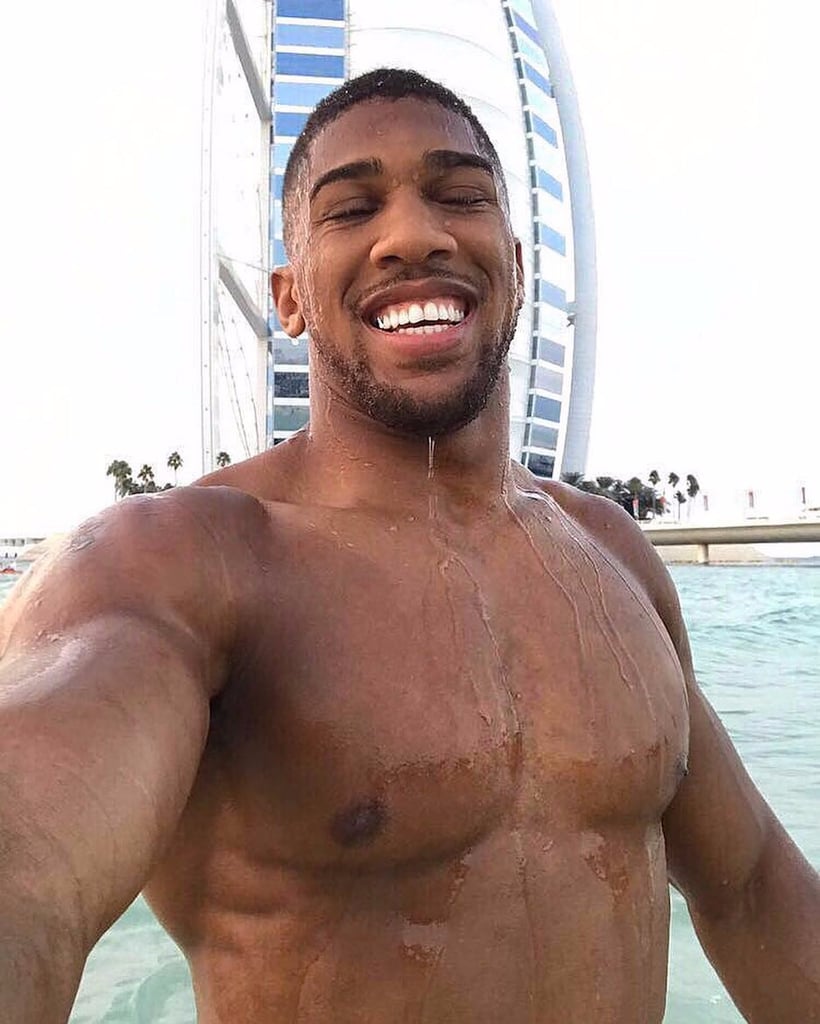 He might be the unified boxing World Heavyweight Champion, but Anthony Joshua is not letting fame and success go to his head. Whether they mean it or not, many boxers prefer to spend their time bragging about their skills in public to rile up competitors, but this 28-year-old British sportsman does not shy away from declaring just how important his loved ones are to him.

Just one look at Anthony's Instagram page will tell you how much his adores his family, especially his mom, who he's pictured with on a number of occasions. But it seems Anthony, who recently offered his best man services to Prince Harry, has also fallen in love with Dubai. The star has been posting snaps of his vacation in the United Arab Emirates, bringing his whole crew along after previously having spent time in the emirate during the Dubai Fitness Challenge, when he was a top billing guest at the finale festival.

Prior to that, he spent time in the city last summer, hitting the beaches, water parks and even enjoying a boxing bout on the helipad of the iconic Burj Al Arab.

See the gallery to swoon over how much the heartthrob loves his family and Dubai.