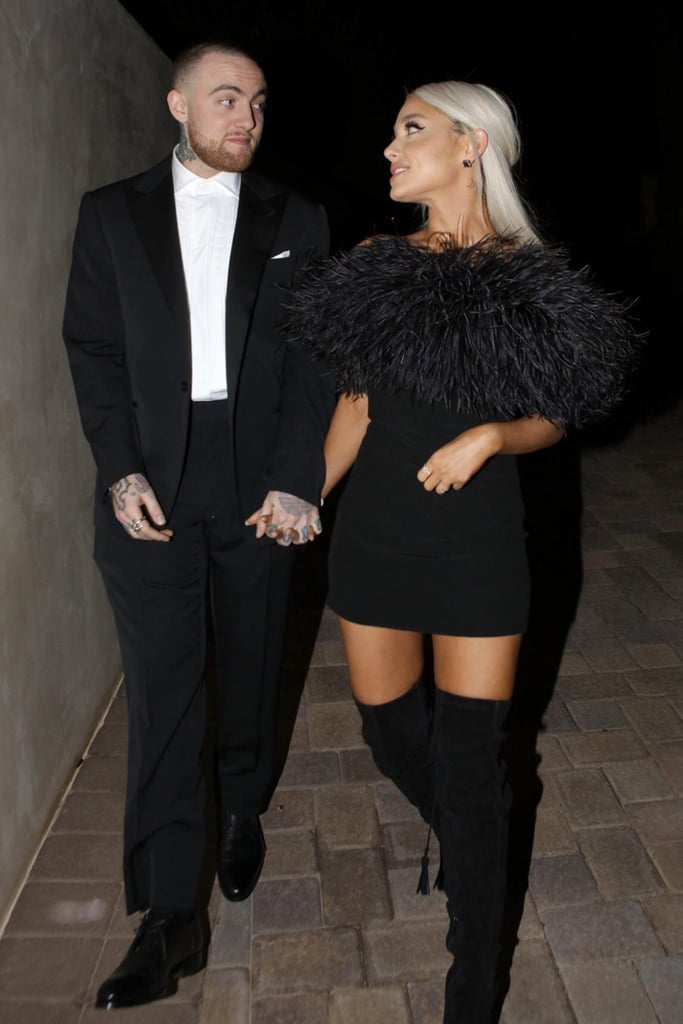 Ariana Grande is slowly stepping back into the spotlight. Nearly six months after performing during A Concert for Charlottesville, the singer made a rare public appearance with her boyfriend Mac Miller on Sunday night. The couple was spotted holding hands as they made their way to Madonna's Oscars afterparty in LA. While the rapper donned a black suit for the occasion, Ariana rocked a little black dress, knee-high boots, and platinum blond hair. They even took a cute photo together inside, which she shared on her Instagram story.

The sweet appearance is certainly a treat for dedicated Arianators, as the singer has been visibly absent from the spotlight in recent months. Aside from staying quiet on social media, she recently backed out of her performance at the 2018 BRIT Awards because of an illness. She was originally going to pay tribute to the victims of the Manchester terror attack, but Liam Gallagher stepped in instead.