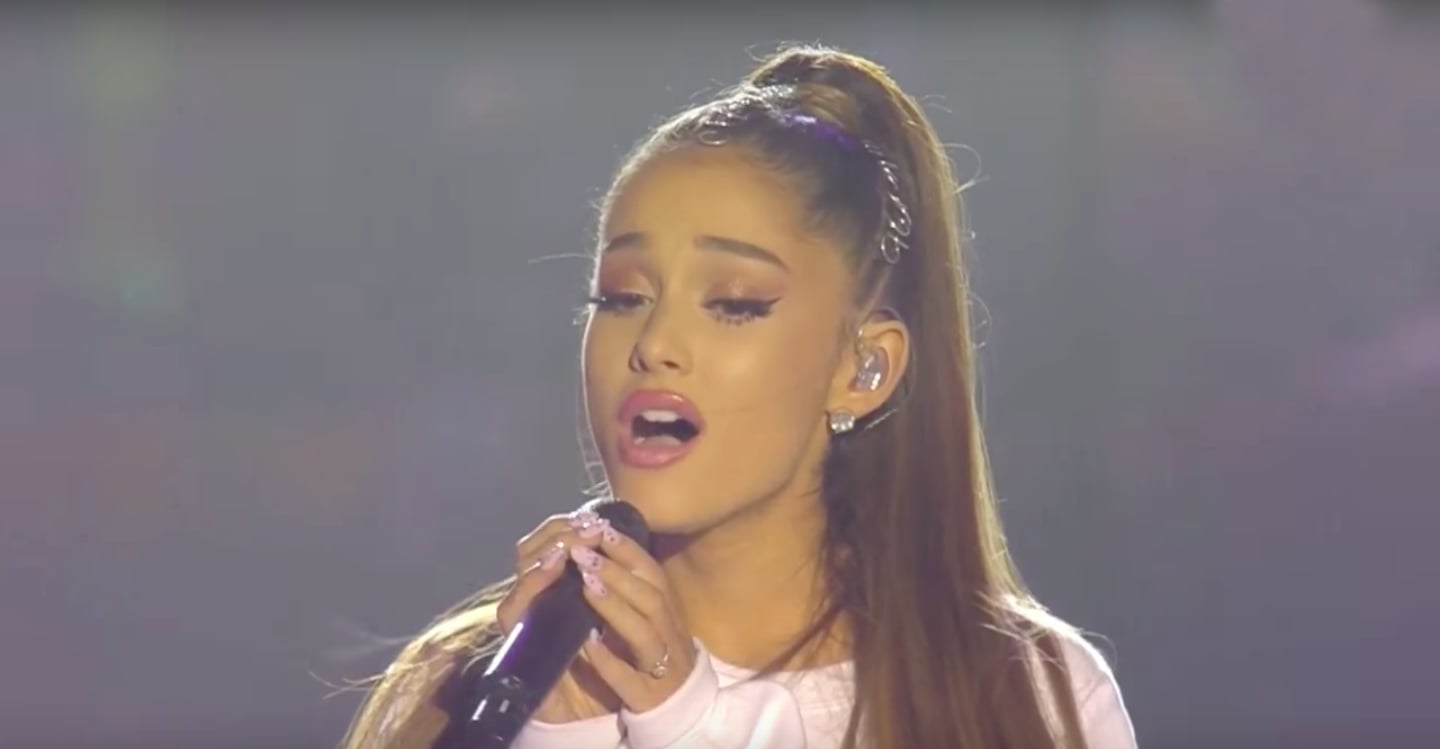 Last night, Ariana Grande returned to Manchester less than two weeks after her concert there ended with a suicide bombing, killing 22 people, many of whom where children attending her show.

The One Love Manchester concert, which aired Sunday night, honored the victims of last week's attack, as well as those who were killed in another act of terrorism in London on Saturday night.

Drawing 22.6 million viewers from around the world, the One Love Manchester concert is the most viewed television event of 2017 so far, and it's easy to see why: the ponytailed songstress was joined on stage by stars such as Miley Cyrus, the Black Eyed Peas, Justin Bieber, and Coldplay, to name a few.

The evening was an emotional one, and Ariana broke down in tears several times throughout the show. "I want to thank you so much for coming together, and for being so loving, and strong, and unified," she told the crowd mid-show. "The kind of love and unity that you're displaying is the medicine that the world really needs just now."

Perhaps the most moving moment of the night was when Ariana sang "Somewhere Over The Rainbow," and even took a break mid-song to collect herself. Watch that and more moments from last night's concert below.

Somewhere Over The Rainbow

Where is The Love?

Don't Dream it's Over