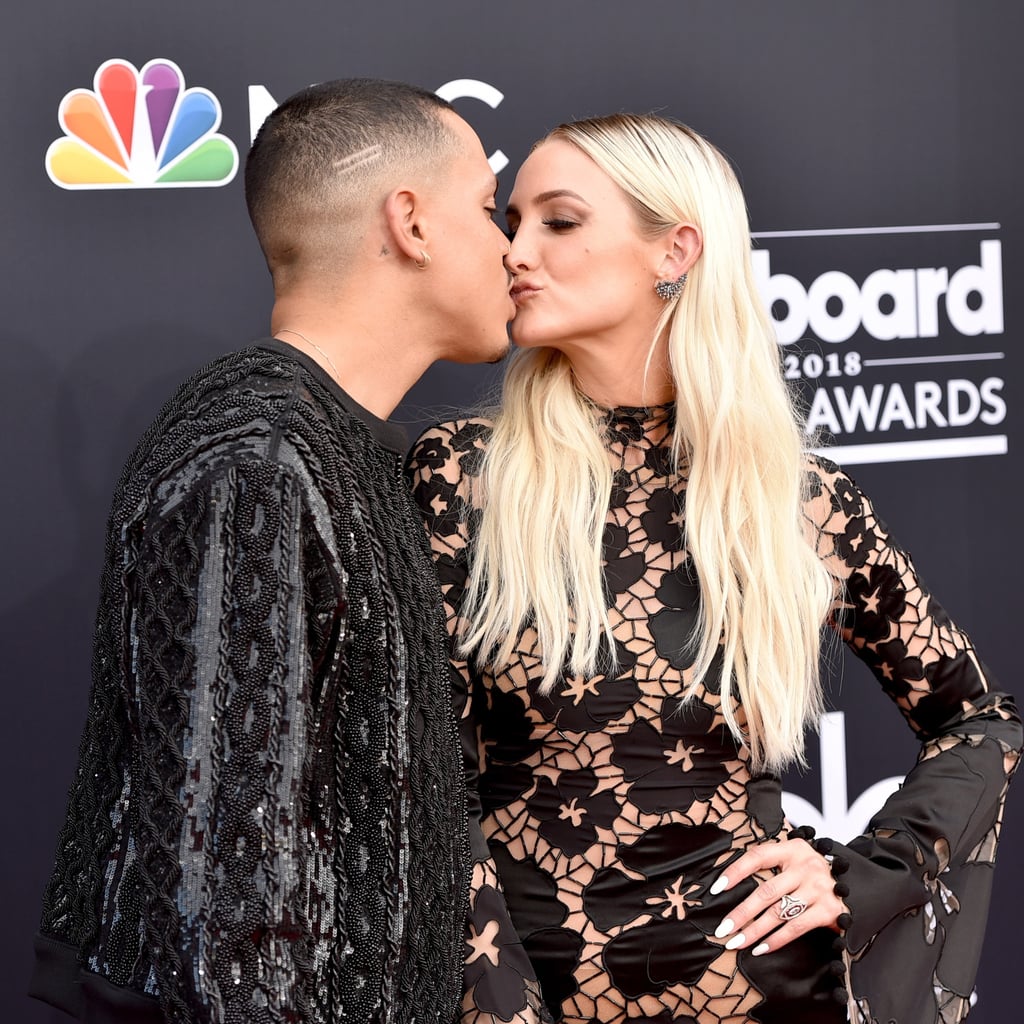 Ashlee Simpson and Evan Ross had a full-on love fest as they attended the Billboard Music Awards on Sunday. The couple, who are presenting together during the show, shined bright as they hit the red carpet. Aside from matching in all-black ensembles, the two showed sweet PDA as they snuck in a few kisses for the cameras.

The recent outing comes just on the heels of news of their E! reality series Ashlee and Evan, marking Ashlee's first reality series since since The Ashlee Simpson Show in 2005. We don't know about you, but we can't wait to see even more of the couple and their precious daughter, Jagger on our screens. Here's hoping both of their famous families will make an appearance. See their recent outing below.