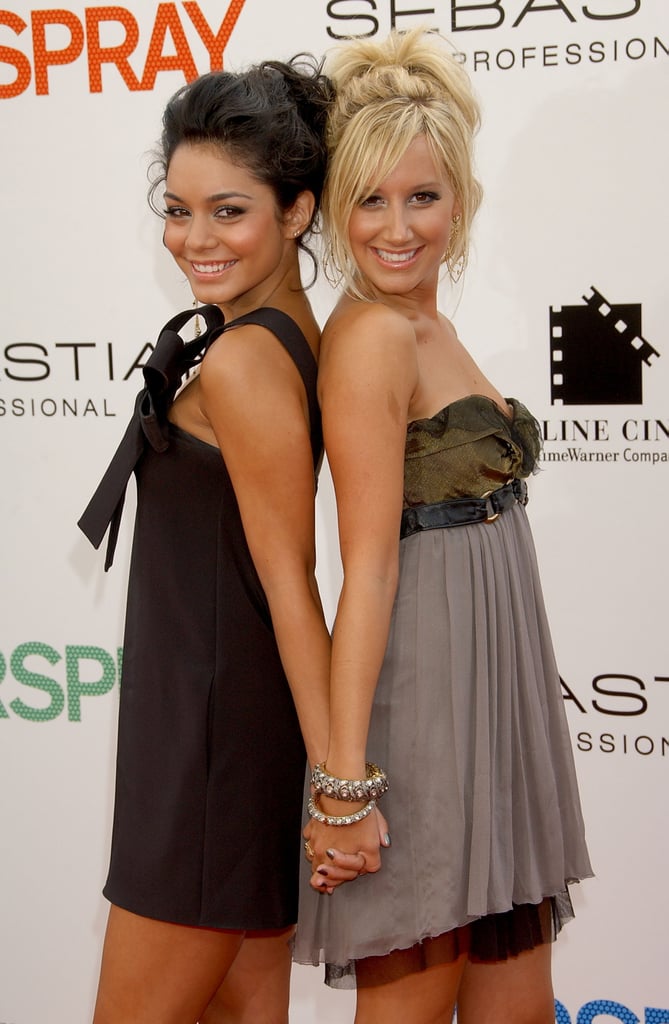 High School Musical's Sharpay and Gabriella may not have been the best of friends, but the actresses who played them, Ashley Tisdale and Vanessa Hudgens, couldn't be closer. After meeting on the set of their hit Disney Channel original movie in 2006, the ladies hit it off right away. Even after saying goodbye to the franchise in 2008, their friendship has only gotten stronger.

Aside from hugging it out on the red carpet and showing off their love each other on social media, the two are always there to cheer each other on. While Ashley supported Vanessa during her Broadway debut in Gigi, Vanessa served as one of Ashley's bridesmaids when she tied the knot with musician Christopher French in 2014. And they're still making sweet music together. Just last year, the ladies made our teenage dreams come true when they sang their first duet together on Ashley's YouTube channel. It goes without saying that their friendship is absolutely "fabulous."