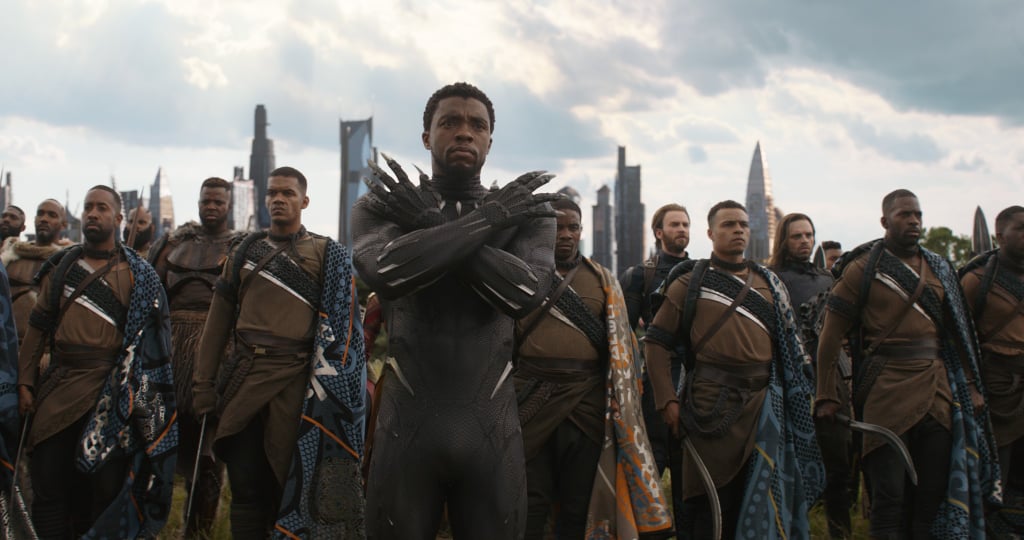 Need Another Black Panther Fix? This New Avengers Movie Has Got You Covered

We're still obsessing over the Black Panther movie and if you're anything like us, you're probably considering going to see it for the 1,267th time. But it might be worth hanging in there to see the people of Wakanda again, because there's a new Marvel flick on the way.

Avengers: Infinity War features a whole host of characters, including Captain America and Iron Man, from the film franchise and is described as the "deadliest showdown of all time" for the cast. The super squad "must be willing to sacrifice all in an attempt to defeat the powerful Thanos before his blitz of devastation and ruin puts an end to the universe". Helmed by Anthony and Joe Russo, the likes of Chris Evans, Scarlett Johansson, and Chadwick Boseman feature in the action-adventure motion picture.

Watch the trailer below and click through the gallery to get excited for its April 26 release.