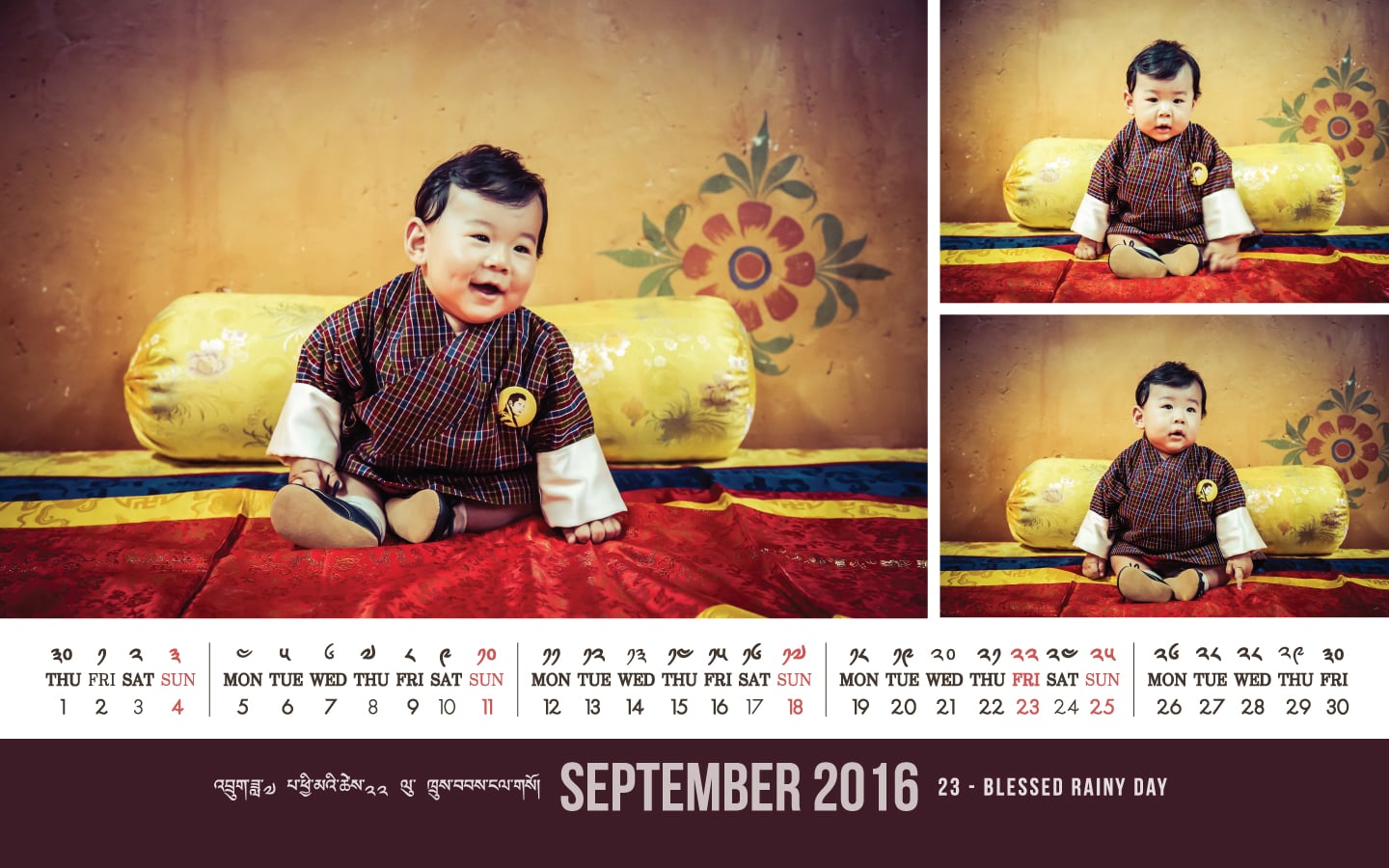 Prince George and Princess Charlotte may have some competition for being the cutest royal kids! King Jigme Khesar Namgyel Wangchuck of Bhutan recently shared some precious snaps of his son, Prince Jigme Namgyel Wangchuck, from the family's official calendar, and we honestly can't deal. In the photos, which were released by cultural organization Yellow Bhutan, the adorable 6-month-old is shown laughing at the camera as he dons traditional attire.

"Our September calendar is a treat, featuring these adorable images of His Royal Highness The Gyalsey, as photographed by His Majesty The King," the caption on the photo reads. "It is a joy to see our little Prince growing up so quickly, and touching to see him already begin to carry our Royal Duties." The Bhutanese king and his wife, Queen Jetsun Pema, recently met with their British counterparts when Prince William and Kate Middleton toured India and Bhutan back in April.