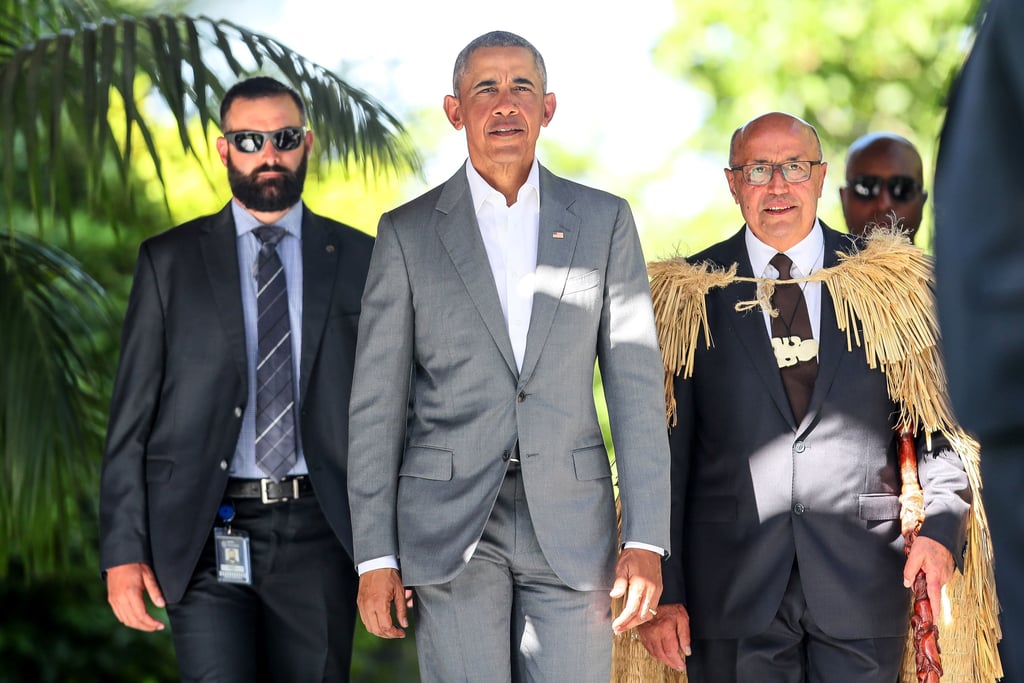 Barack Obama has been livin' it up this year, and he's showing no signs of slowing down. The former US president touched down in New Zealand earlier this week, and on Thursday, he met with the country's prime minister, Jacinda Ardern. Barack celebrated his first time in the country by attending a special welcome ceremony at the Government House. He looked as dapper as ever as he made his way through the powhiri, the traditional welcoming ceremony of the Maori (the indigenous Polynesian people of New Zealand).

According to the New Zealand Herald, "Barack spent two and a half days in New Zealand, playing golf in Northland with former PM Sir John Key and holding a public speaking event for an audience of about 800." Barack also held an invite-only, 75-minute Q&A session with New Zealand actor Sam Neill, and he talked about everything from his presidency to family life and the importance of female representation in leadership positions. According to the publication, he "shared insights about life after the presidency and the importance of women in leadership roles and around boardroom tables."

Get a healthy dose of presidential nostalgia as you check out standout photos from Barack's happy visit, which include snaps of him receiving a hongi, a traditional nose-to-nose greeting.