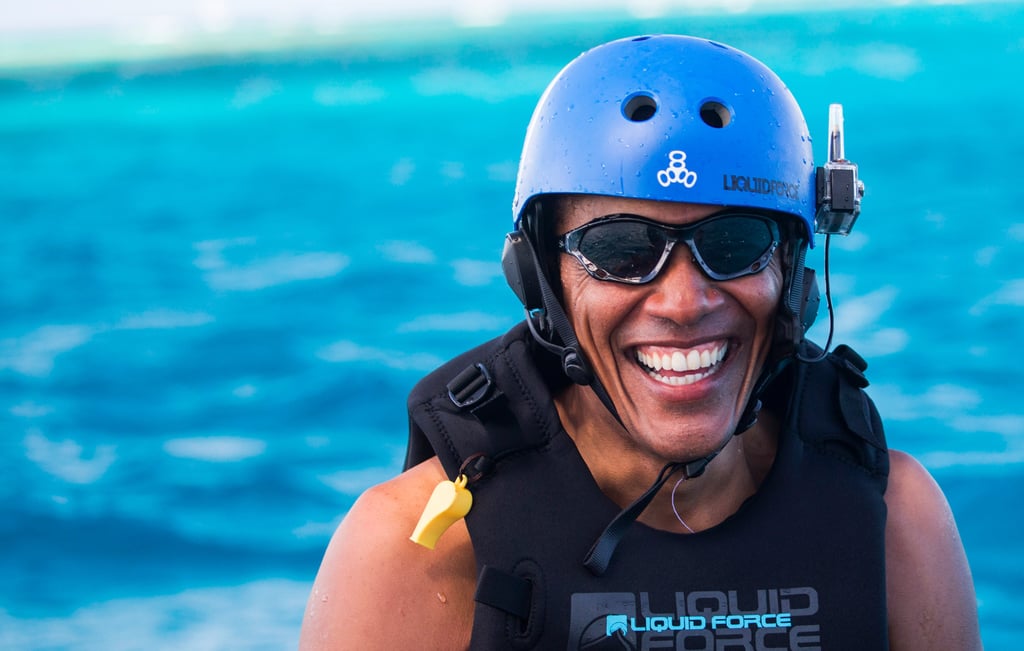 In January, Barack Obama walked out of our hearts and onto a private plane headed to Southern CA. After some quality time in the desert with Michelle, the former first couple took off for the Virgin Islands and never looked back. We first got a glimpse of Barack kicking back with Virgin CEO Richard Branson, clad in breathable fabrics and a backwards baseball cap, but it wasn't until Richard shared a video of the two kitesurfing on his own Necker Island that we realized it was really over. The video went viral for obvious reasons — just look at those legs! — but it also forced us to accept the fact that Barack has moved on; the board shorts, the flip flops, the tank top. . .the rest and relaxation hath taken him under.

Here are 11 photos of our one and only Barack having the time of his life in the bright blue sea, probably about to enjoy a plate of fish tacos or swim with dolphins, while we wade through the ocean of alternative facts we're now living in.