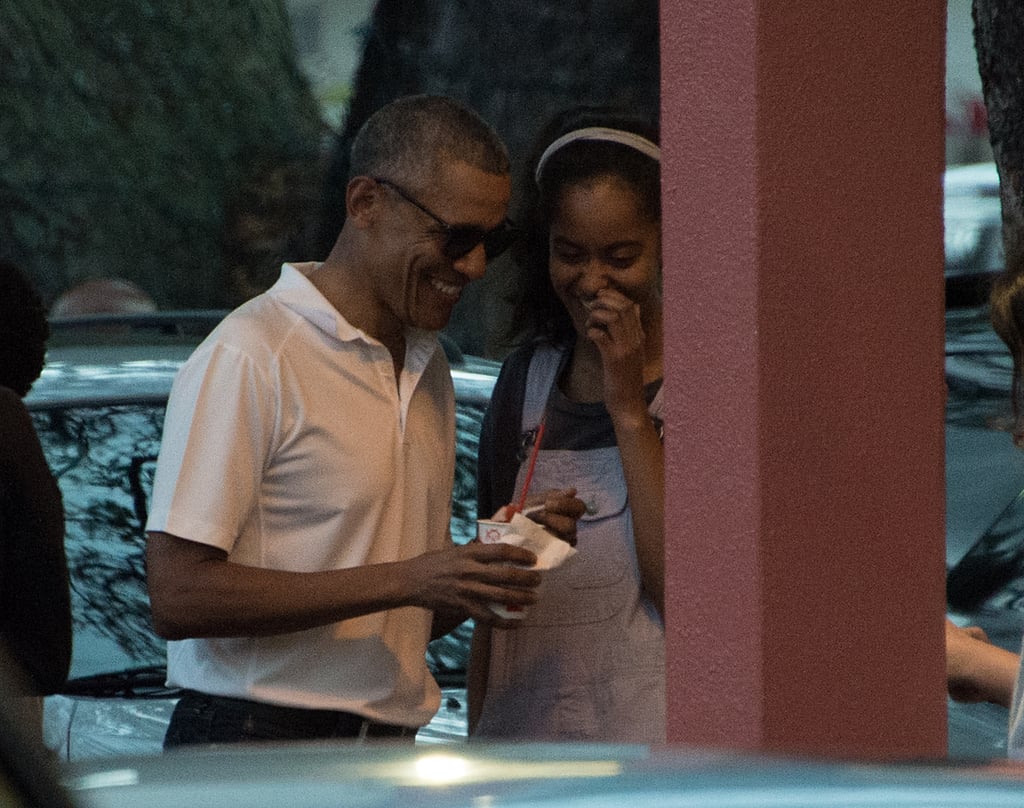 The Obama family jetted off to Hawaii to celebrate the holidays this year, and although we're sure they enjoyed soaking up the sun, they also made time to stop by Breakout Waikiki to play one of their "escape room" games. President Obama reportedly took his daughters and a few friends there on Christmas Eve, where they were locked in the "Mission Manoa" room and given one hour to figure out how to escape using a complex series of clues and puzzles. Breakout Waikiki's general manager, MacGregor Greenlee, spilled all the details of their outing to BuzzFeed News, revealing that the Obamas successfully broke out of the room with just seconds to spare. "They were yelling, screaming, having a blast," he said. "They broke out with 12 seconds left."

Breakout Waikiki shift leader Mitch Massey added that 18-year-old Malia was the brains behind the operation. "They were in a room where you're a secret agent and terrorists come and grab you. It was Malia who did a lot of the work," he said, noting that the room is one of their most challenging. Luckily Malia's dad rewarded her efforts with some shaved ice afterwards. They giggled and smiled while enjoying the frozen treat, and then POTUS made sure to mingle with onlookers. It might be the Obama family's last Christmas in office, but it's also one of their cutest.

Related:
38 Photos From the Obamas' Last Year in the White House That Might Bring a Tear to Your Eye
Previous Next Start Slideshow
Join the conversation
Malia ObamaBarack ObamaCelebrity Families
Related Posts