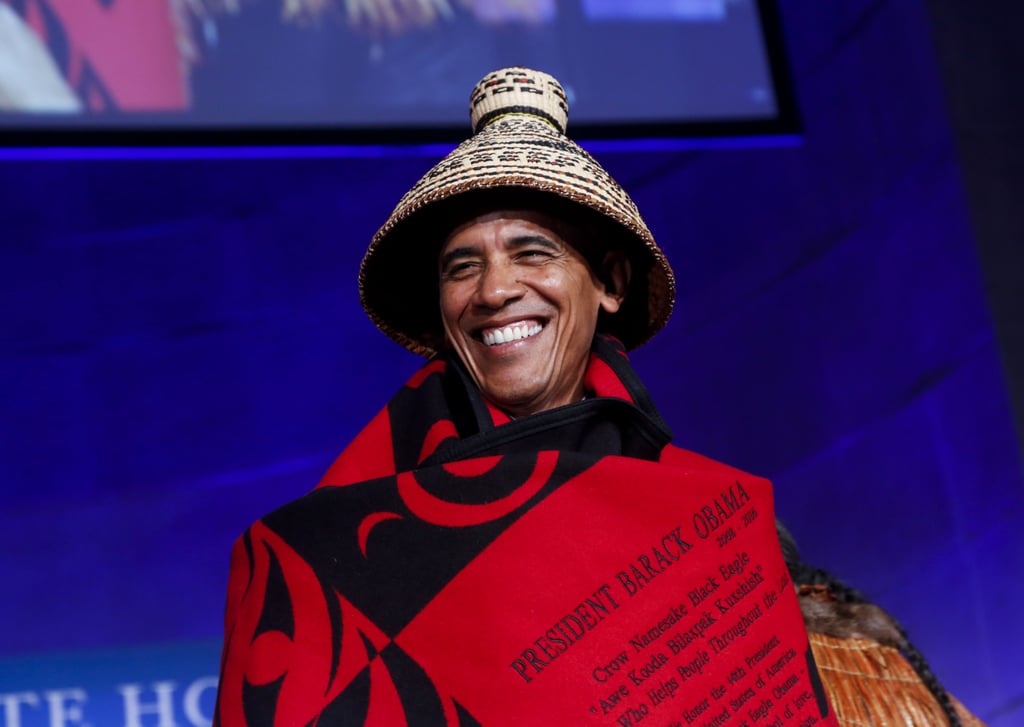 If you, like most of the nation, couldn't get through Monday night's first presidential debate between Hillary Clinton and Donald Trump without a sizable amount of wine, please accept these amazing photos of Barack Obama as our humble offering of support. Shortly before Hillary and Donald battled it out, the president had a much more lighthearted time attending the 2016 White House Tribal Nations Conference, which provides tribal leaders with the opportunity to directly interact with members of the White House Council on Native American affairs, in DC. While there, he was gifted with a blanket named "Rhythm of the Land" and a woven headpiece. "The blanket is to remember those we honor, those we lost, and those who are going to build our futures," National Congress of American Indians President Brian Cladoosby said before wrapping Obama in the black-and-red blanket. The president then called it "an amazing honor" and appeared to exchange sweet smiles with the leaders on stage.