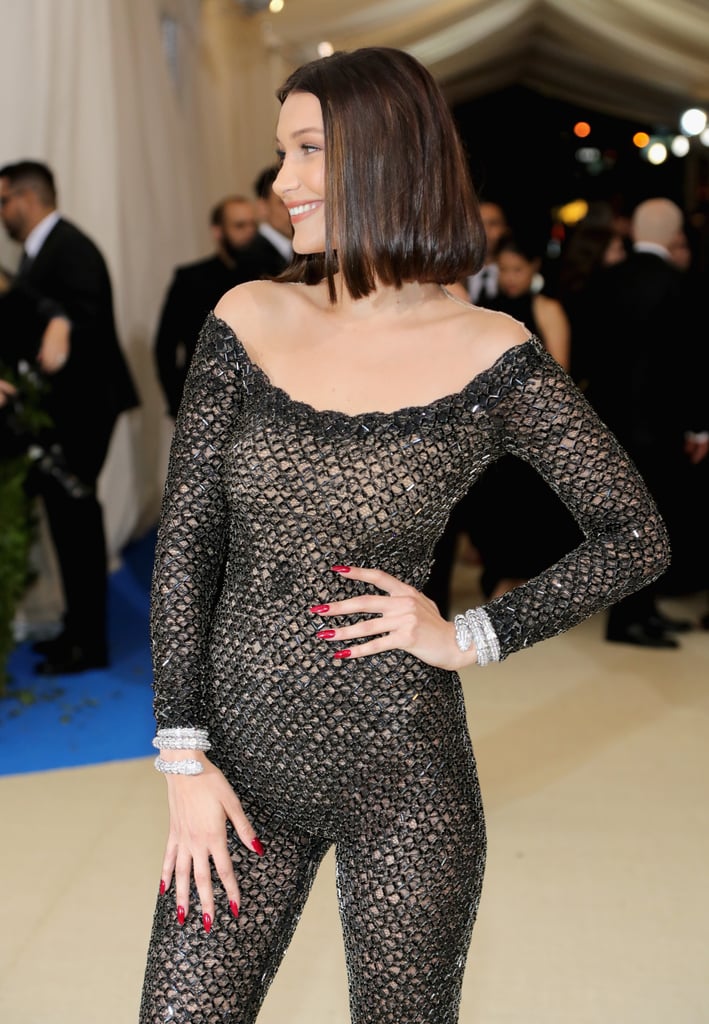 Bella Hadid showed up to the Met Gala in NYC looking like the poster child for sexy, unbothered single girl. The model arrived in a slinky black beaded catsuit and was clearly feeling herself while posing for photos on the red carpet; not much earlier did her ex-boyfriend, singer The Weeknd, stand in a nearby spot to show PDA with his new love Selena Gomez for the cameras.

While Bella and The Weeknd — real name Abel Tesfaye — broke up back in November, it was only a week later that they literally came face to face at the Victoria's Secret Fashion Show. In some sort of twisted dream scenario (or nightmare, depending on your outlook), Bella was tasked with walking by her fresh former boyfriend in lingerie while he performed one of his sexy hit songs. Naturally, she handled it like a pro, and even shared a message about about the encounter, thanking him for being "the best and most incredible performer on the planet." Bella had less than complementary words for her ex after he and Selena first got together, though — she reportedly "warned" The Weeknd that Selena was "using him" after they were caught kissing in January.