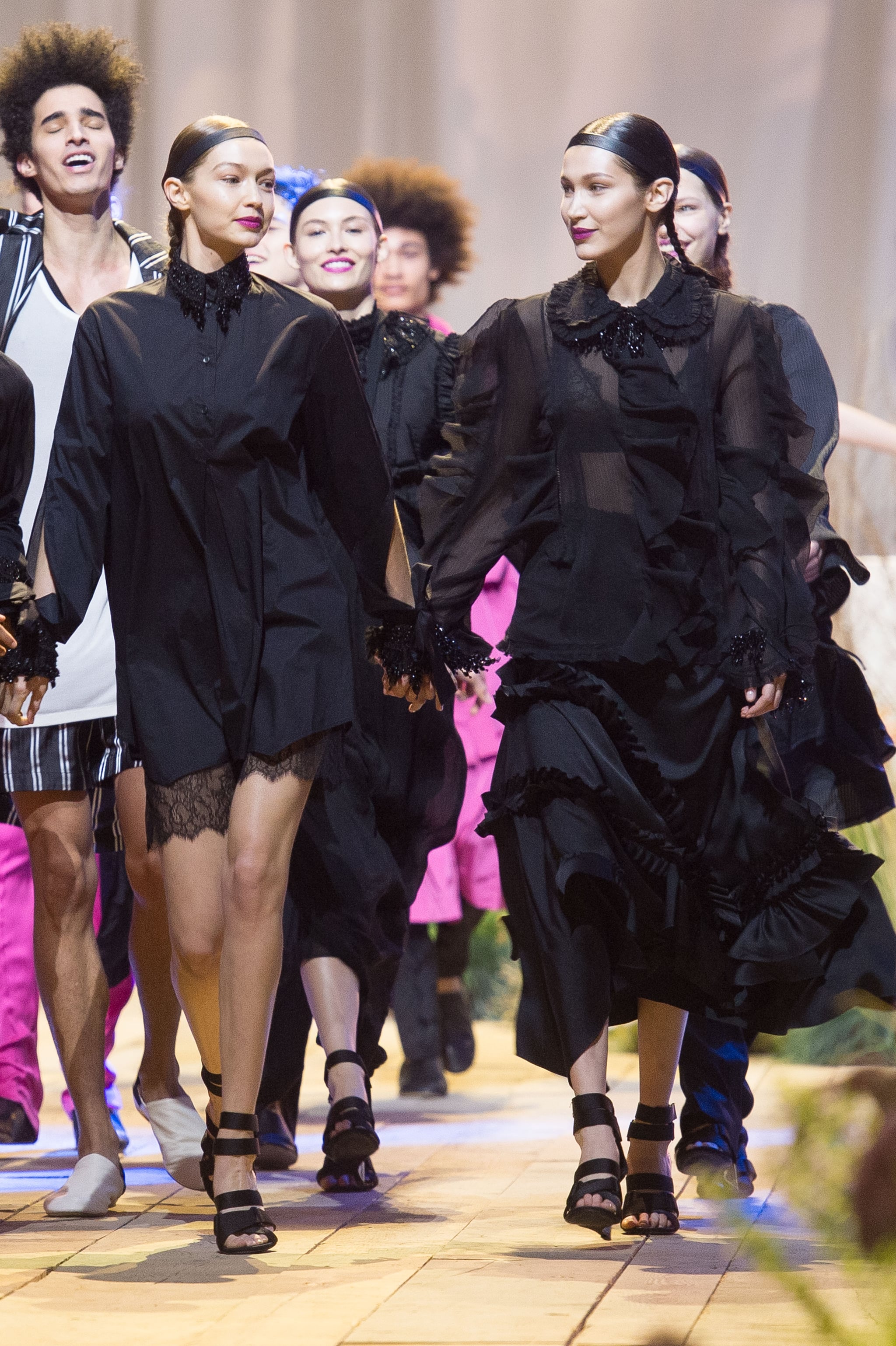 Bella Hadid hit the catwalk alongside her sister Gigi at the H&M runway show during Paris Fashion Week on Wednesday — and it's a good thing she had that support system, because she ended up running into her ex, The Weeknd. The singer performed during the show's finale, during which Bella and Gigi walked the runway for a final time along with the other models; an Instagram video shared by Elle's Nikki Ogunnaike shows the sisters giving each other knowing glances at the very moment that they walked hand in hand past The Weeknd (real name Abel Tesfaye).

The Weeknd has since been linked to Selena Gomez, and Bella is reportedly not happy about the pairing. Sources revealed that the model "warned" her ex that the "Hands to Myself" singer was "using" him. Their awkward encounter in Paris isn't the first time Bella and The Weeknd have been in the same place at the same time since their breakup; just weeks after the split, the two had a run-in at the Victoria's Secret Runway Show in November, and the moment quickly went viral.