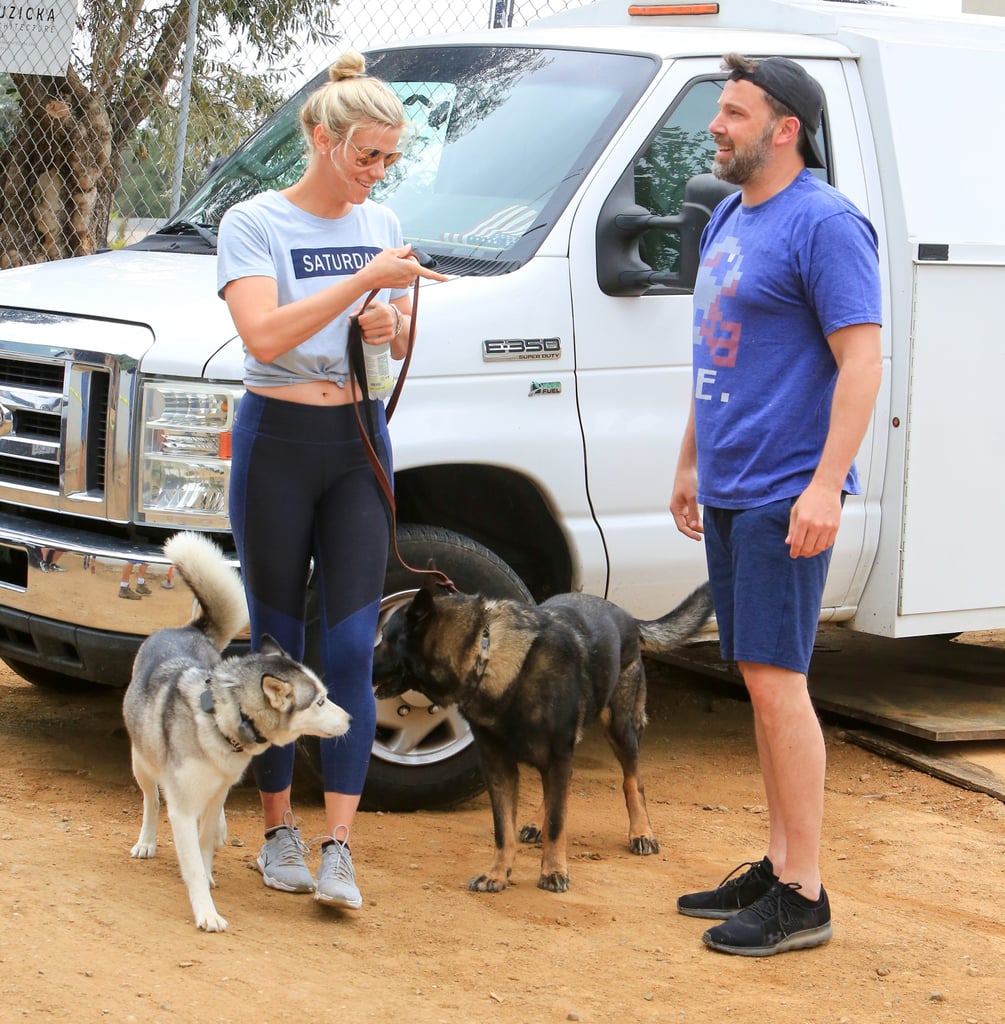 While others were fighting off Sunday scaries and nursing hangovers over the weekend, Ben Affleck was enjoying the simple things in life: a dog walk with his girlfriend, television producer Lindsay Shookus, and her parents, Christine and Robert. The group set out in sports gear on Sunday, hiking with their two pups around Los Angeles, making for one sweet double date!

Ben and Lindsay reportedly started dating on and off in 2015, while Ben was still married to Jennifer Garner. Ben and Jennifer share three children, Violet, Seraphina, and Samuel. The two remain friendly coparents with Jen recently giving Ben a loving shout-out on Father's Day. Read on to see all of the pictures from Ben and Lindsay's family dog walk.