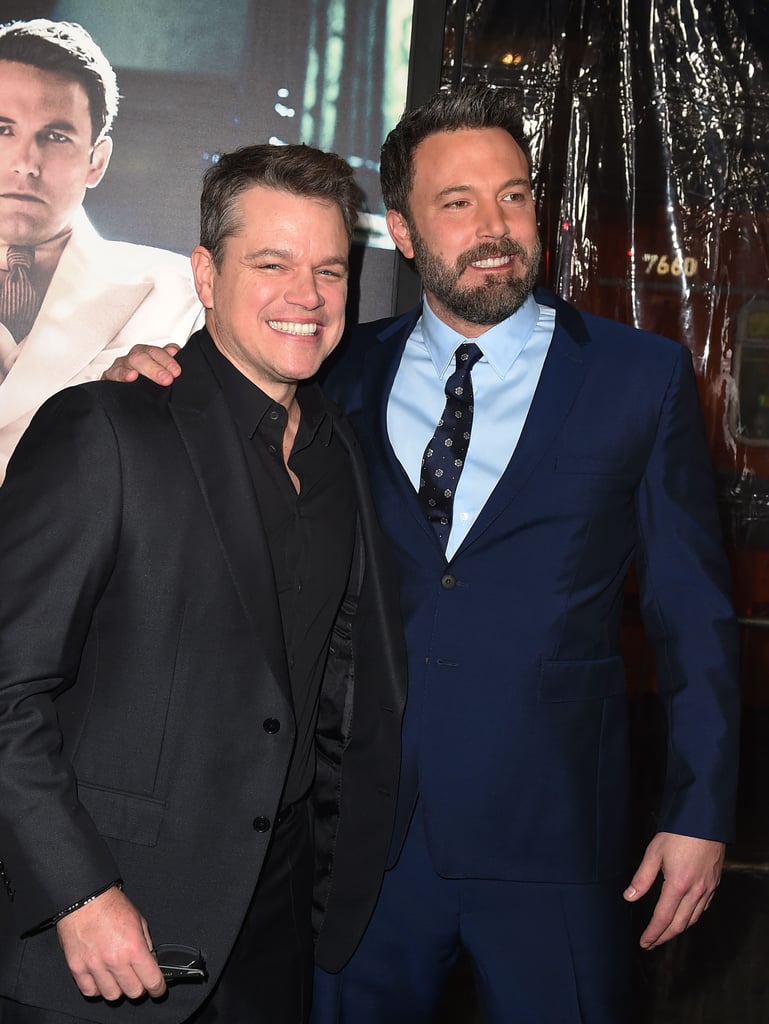 Following their fun night at Sunday's Golden Globe Awards, Ben Affleck and Matt Damon could not stop giggling when they arrived at the LA premiere of Live by Night on Monday. The longtime pals kept things crisp in suits and were nearly inseparable as they walked down the red carpet. The film, which was written and directed by Ben himself, takes place in the roaring '20s and hits theaters Jan. 13.