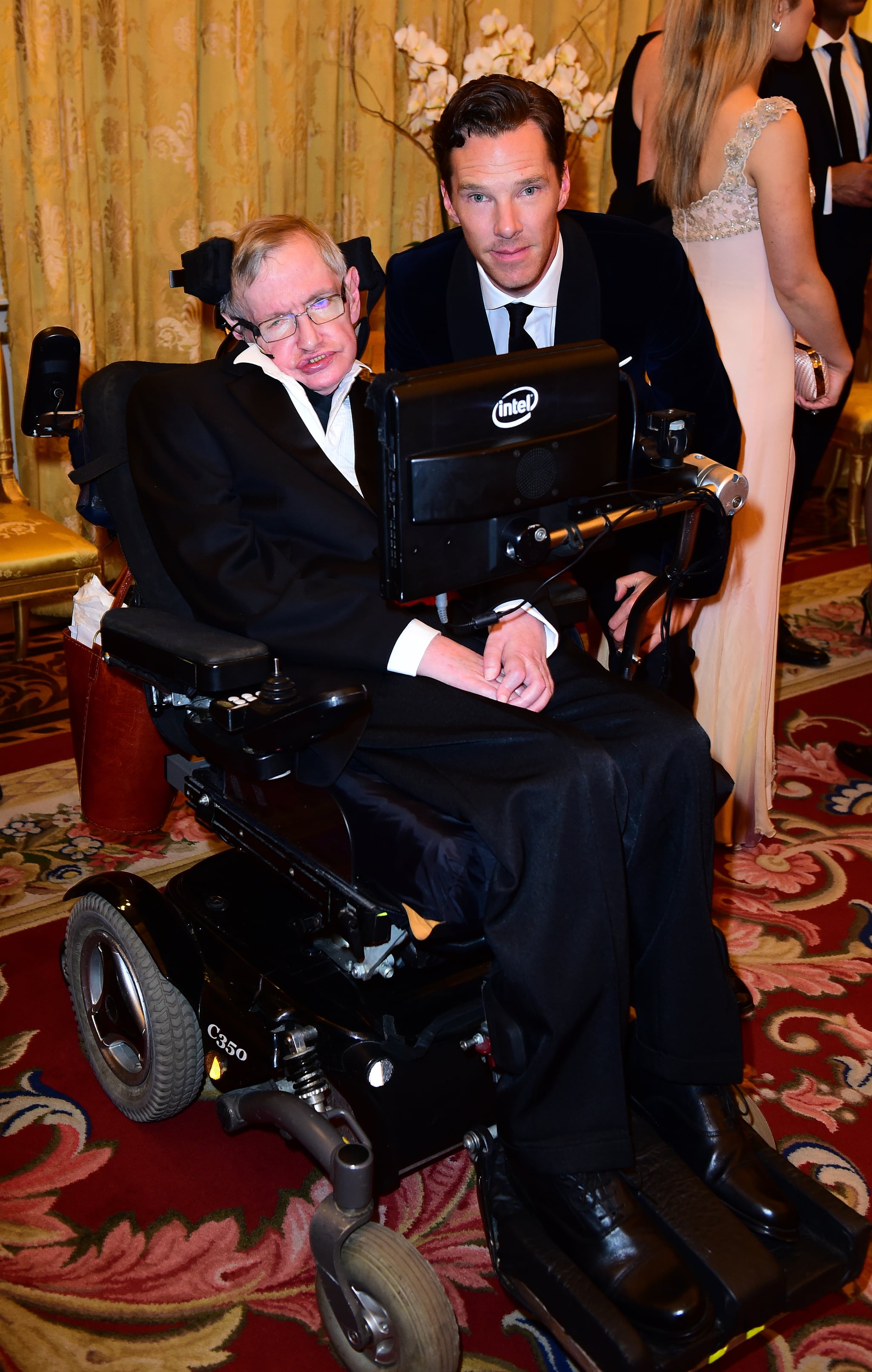 As the first actor to portray Stephen Hawking, Benedict Cumberbatch is honoring the esteemed physicist following his death at 76. In 2004, the 41-year-old actor starred in the BBC film Hawking, which chronicled Stephen's early years and battle against motor neuron disease. The role earned Benedict a BAFTA TV Award nomination for best actor. "I was so sad to hear that Stephen has died. I send my heartfelt love and condolences to all his family and colleagues," Benedict said in a statement.

Benedict added that he felt lucky to get to know Stephen both through his writing and in person. The actor then honored all that Stephen had accomplished despite his physical ailments, as well as his "wickedly funny sense of humour."

"I will miss our margaritas but will raise one to the stars to celebrate your life and the light of understanding you shone so brightly on them for the rest of us," he continued. "You were and are a true inspiration for me and for millions around the world."

Eddie Redmayne, who portrayed Stephen in 2014's The Theory of Everything, also paid tribute in a touching statement. He said, "We have lost a truly beautiful mind, an astonishing scientist and the funniest man I have ever had the pleasure to meet."