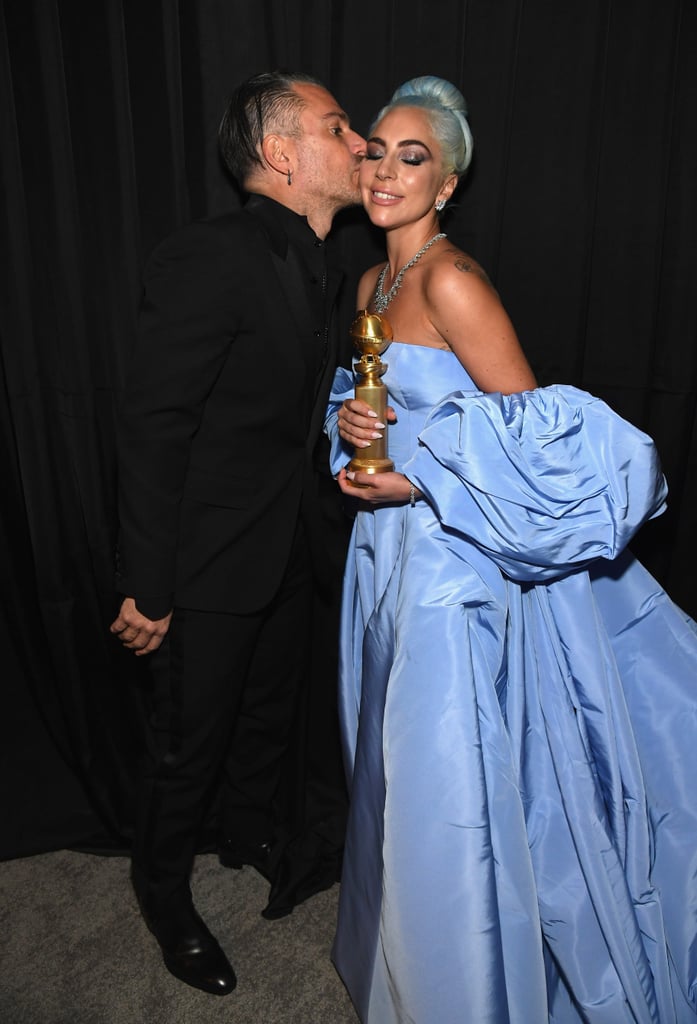 This year's Golden Globes were full of fun moments, but we all know the real party doesn't start until after the show. Following the ceremony on Sunday, stars popped up at a series of afterparties all over LA including the annual InStyle and Warner Bros. bash, the official Hollywood Foreign Press Association afterparty, and the FOX, FX, and Hulu soirée. Lady Gaga and fiancé Christian Carino weren't shy about showing PDA, and apparently neither were Taylor Swift and boyfriend Joe Alwyn. Black Panther's Lupita Nyong'o, Michael B. Jordan, and Danai Gurira had a blast mingling with Hollywood's elite, while Idris Elba partied the night away with fiancée Sabrina Dhowre and his daughter, Golden Globes Ambassador Isan. Keep reading to see all the exciting moments from the night!