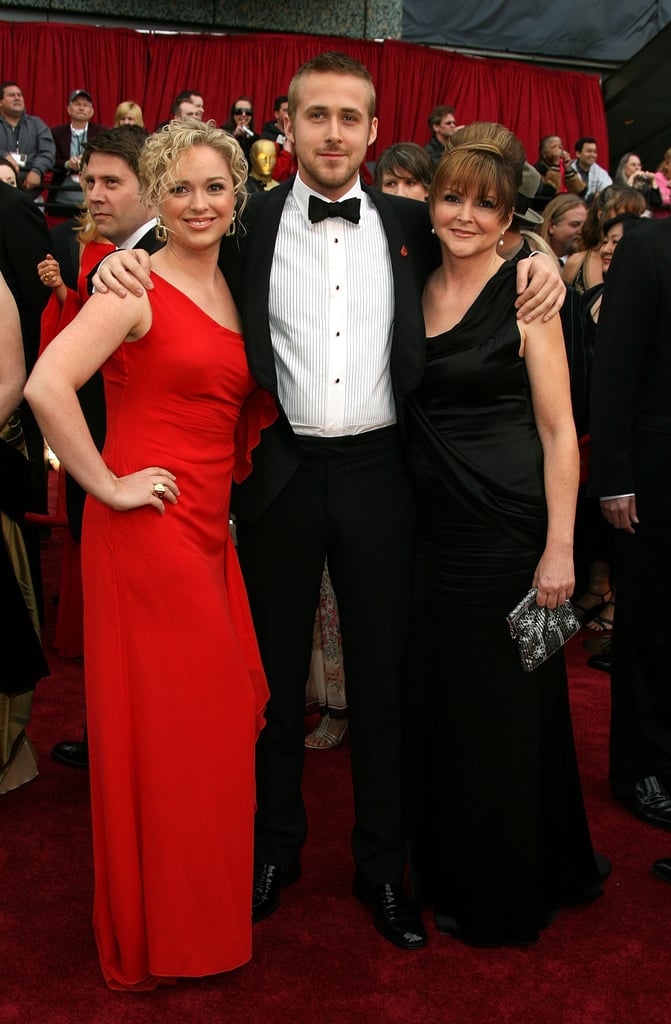 This year's Oscars are almost here, and with La La Land, Moonlight, and Manchester by the Sea leading the pack, it's going to be stiff competition. We're gearing up for the big night by looking back at what the Academy Awards looked like in 2007. Despite it being 11 years ago, the ceremony was definitely one for the books. Beyoncé and Jennifer Hudson took the stage for an amazing performance of Dreamgirls' "Love You I Do", and Helen Mirren struck gold, nabbing the trophy for best actress for her performance in The Queen. Ryan Gosling was joined by his mom, Donna, and sister Mandi, and during a recent stop on The Graham Norton Show, Ryan revealed that he asked Meryl Streep to compliment his mom's "beehive" hairdo so she would feel better about it. Keep reading to see the "beehive" in question and plenty of other fun moments from the 2007 Oscars.