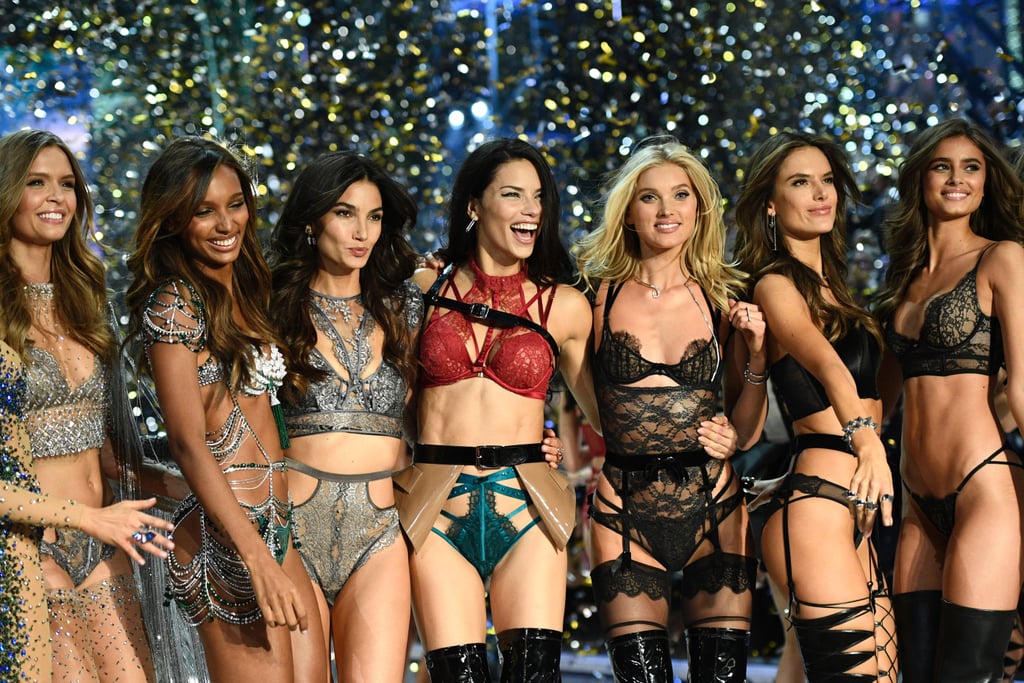 The Victoria's Secret Fashion Show went down at perhaps its most glamorous venue yet — Le Grand Palais in Paris, where Chanel has regularly held their runway presentations since 2006. This time around, the legendary event space was transformed into a Winter wonderland of epic proportions, featuring performances from Lady Gaga, Bruno Mars, and The Weekend (and yes, many stunning, lingerie-clad models). Kendall Jenner joined BFF Gigi Hadid and her younger sister Bella, Jasmine Tookes stomped the runway in the coveted $3 million Secret Fantasy bra, and Bradley Cooper's girlfriend, Irina Shayk, debuted her growing baby bump in a strategically wrapped robe.

Adriana Lima continued to make history with her 17th — yes, 17th! — walk down the famous runway, while her fellow VS veterans Alessandra Ambrosio and Lily Aldridge continued to show those newcomers how it's done.

See the hands-down best photos from the big event — from backstage right on up to the star-studded afterparty — and watch the show when it airs Dec. 5 on CBS.

Kendall x Kylie Collection
Kendall and Kylie Jenner Have Revealed Their Makeup Collab, and We Want Three of Each — Please
by Kate-Lynne Wolmarans 23/6/20
Latest Celebrity and Entertainment