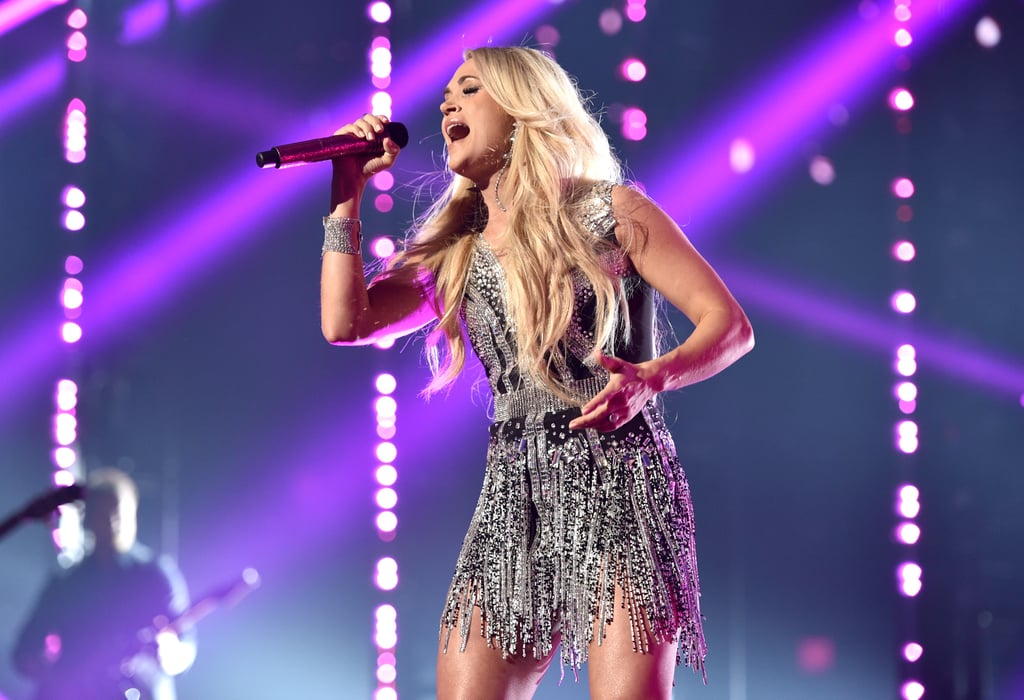 The 2018 ACM Awards was one to remember as expected, with Reba McEntire as its host. Country stars like Miranda Lambert, Lady Antebellum, and Luke Bryan took to the stage perform, but one of the most memorable performances of the night went to Carrie Underwood. The American Idol alum returned to the stage for the first time since suffering a major injury and undergoing surgery last November. With a stellar performance of her new song, "Cry Pretty," it's safe to say Carrie made a grand comeback. We've rounded up the most buzz-worthy moments of the night that made the ACM Awards a memorable one. Check them out ahead.