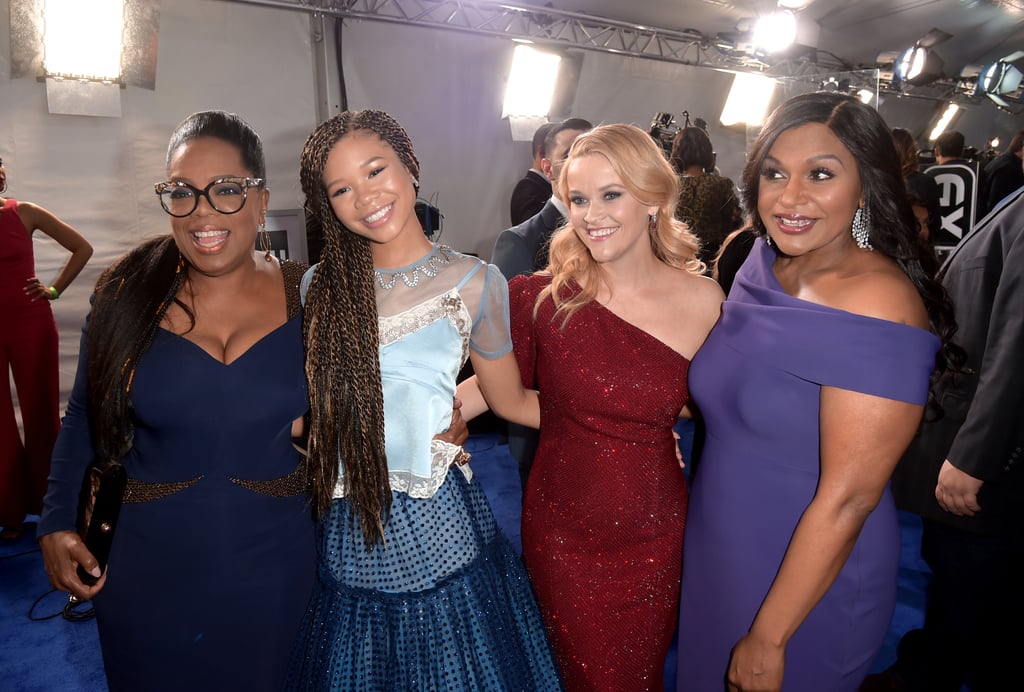 The stars of A Wrinkle in Time stepped out in style with their kids for the film's LA premiere in Hollywood on Monday night. Reese Witherspoon brought her 18-year-old daughter, Ava Phillippe, as her date for the night, and her Big Little Lies costar Laura Dern did the same with daughter Jaya Harper.

While Mindy Kaling left her newborn daughter, Katherine, at home, she had the support of her longtime friend (and former flame) B.J. Novak. Grey's Anatomy star Ellen Pompeo also brought her 8-year-old daughter, Stella, who was all smiles on the red carpet, as was Eva Longoria, who cradled her growing baby bump.

Of course, Oprah Winfrey — who recently said that her character, Mrs. Which, could be "a distant relative of Beyoncé" — was the belle of the ball, mingling inside with Yara Shahidi, Salma Hayek (who brought daughter Valentina), and director Ava DuVernay. We also saw stunning appearances from Storm Reid, Tessa Thompson, Janelle Monaé, and Tracee Ellis Ross, who stole the show with her awesome shoes. Keep reading for all the fun snaps from the night, then be sure to check out the fantastical film when it hits theaters on March 9.

Related:
The Ladies of A Wrinkle in Time Are Just as Dazzling as Their Onscreen Counterparts
Previous Next Start Slideshow
Join the conversation
A Wrinkle In TimeMindy KalingReese WitherspoonOprah Winfrey
Latest Celebrity and Entertainment