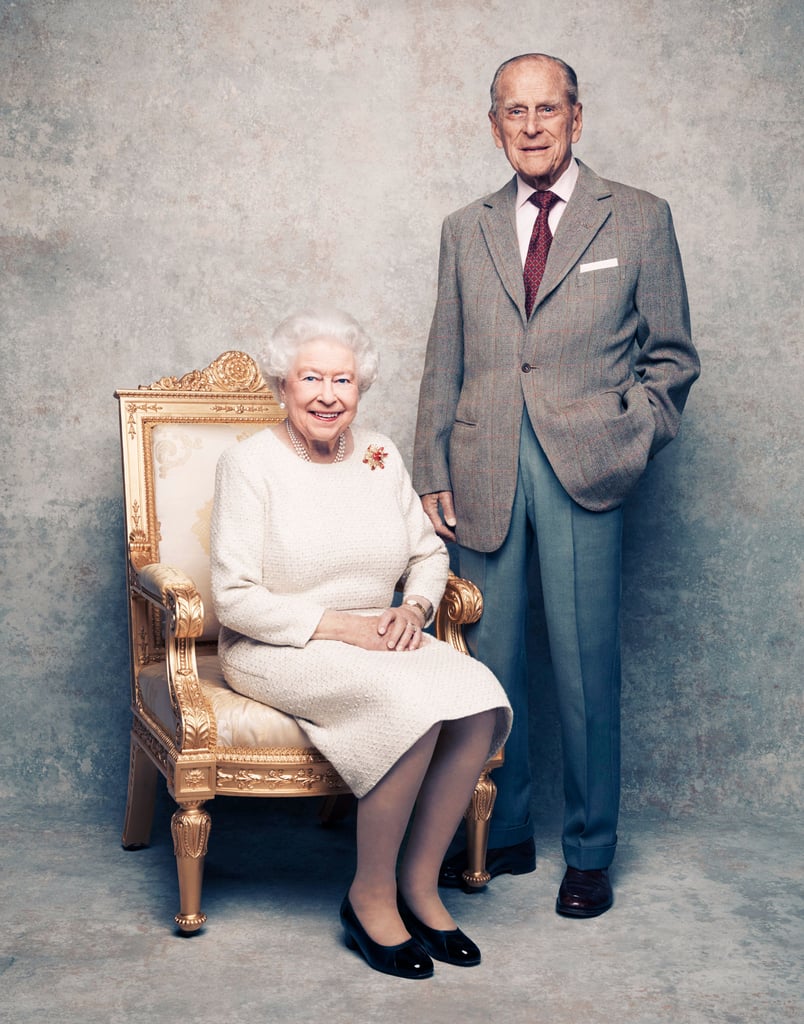 On Nov. 20, Queen Elizabeth II and Prince Philip celebrate their 70th wedding anniversary, and to mark the momentous occasion, the royal couple has released a new set of photographs. One shows the pair standing in the White Drawing Room at Windsor Castle, while a further three are staged against a platinum backdrop (as this is their platinum anniversary). The photos were taken in early November and show the Queen wearing a cream day dress by Angela Kelly and an Andrew Grima 'Scarab' brooch (from her vast collection) in yellow gold, carved ruby, and diamond, which was a personal gift from the Duke to The Queen in 1966. Both look happy and relaxed in the photographs, which were taken by photographer Matt Holyoak. He posted one of the shots to his Instagram, saying, "I am very honored to have been commissioned to photograph Her Majesty The Queen and The Duke of Edinburgh for their 70th wedding anniversary. I would like to congratulate Her Majesty and His Royal Highness on their landmark achievement."