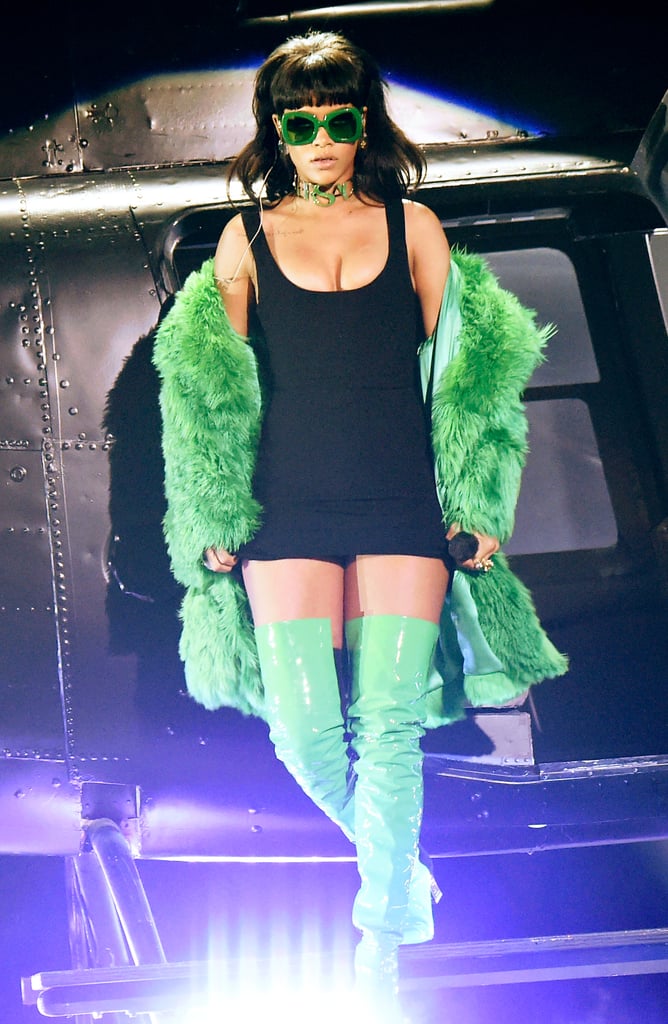 "B*tch Better Have My Money" Rihanna

It's been a big year for Rihanna, what with the success of her Anti world tour and her Video Vanguard Award win at the MTV VMAs, automatically making her one of the go-to picks for a Halloween costume. Rihanna has sported a series of memorable looks throughout the years, from her totally sheer dress at 2014's CFDA Awards to her mustard-yellow, fur-trimmed cape at 2015's Met Gala, so why not channel her this year?