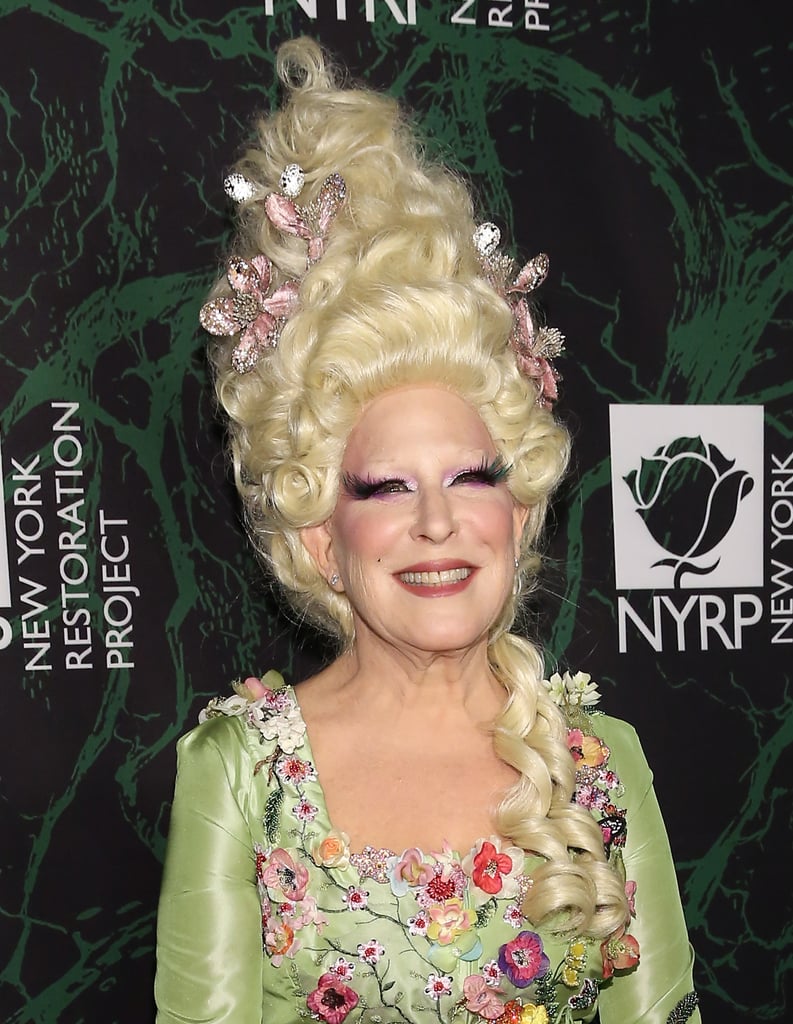 We thought there was no way Bette Midler could top her Winifred Sanderson Halloween costume from last year, but it looks like we were dead wrong. On Monday, the actress showed up to her annual NYC Halloween bash, benefiting the New York Restoration Project, dressed up as none other than Marie Antoinette. From the hair to the makeup to the outfit, everything about Bette's getup was absolute perfection. Heidi Klum better watch out, because it looks like there's a new queen of Halloween in town.