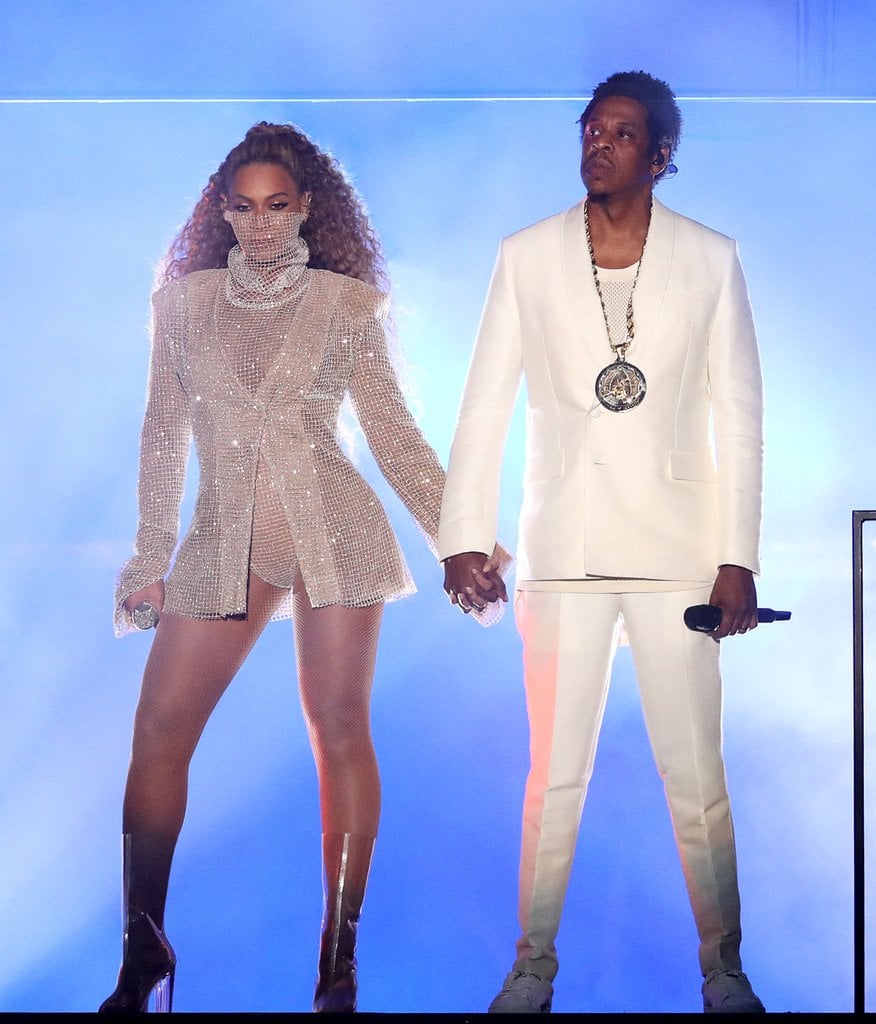 Beyoncé and JAY-Z kicked off their On the Run II tour in Cardiff, Wales, on Wednesday with a bang! In addition to sharing intimate family moments on screen with their kids — Blue and twins Rumi and Sir — the couple seemingly revisited their infamous elevator fight with Solange Knowles at the start of their show when they descended onto the stage in a makeshift elevator.

Back in 2014, a video surfaced of Solange attacking her brother-in-law in an elevator while leaving a Met Gala afterparty. While neither Beyoncé nor JAY-Z ever revealed what sparked the altercation, it is believed that it was over JAY-Z's infidelities. However, the couple did release a statement to the Associated Press at the time, assuring fans that the family had worked through it. JAY-Z also addressed the incident for the first time ever in a rare interview with hip-hop journalist Elliott Wilson last year, saying, "We've had one disagreement ever. Before and after, we've been cool. She's like my sister. I will protect her. That's my sister. Not my sister-in-law. My sister."