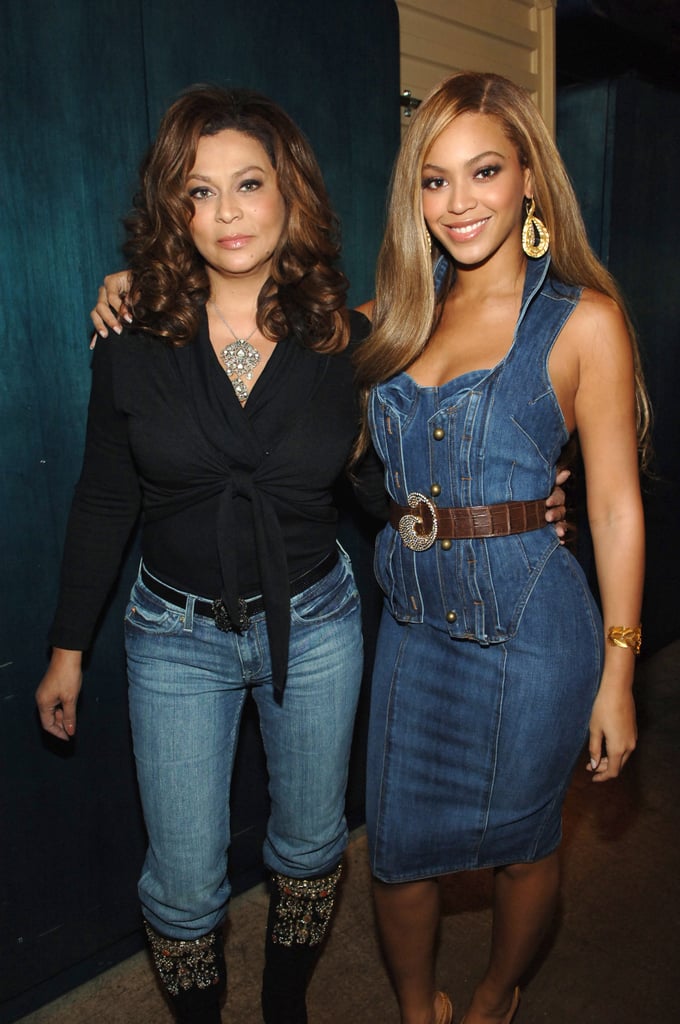 Beyoncé and Tina Lawson (formerly Tina Knowles) have an unbreakable bond. In 2015, Tina penned a heartfelt letter to her daughter, calling the 36-year-old singer "compassionate, kind, and generous," adding, "Yes, you are a huge star, but you have somehow managed to stay grounded and humble in the wake of all your success." The adorable duo are not only incredibly close — just one look at the photos from Tina's glamorous wedding is proof of that — but they could also pass as sisters. (Seriously, we need their skincare routines!)

Beyoncé was even gracious enough to let her mom design her wedding dress even though she wasn't such a big fan of the look, according to the hilarious 64-year-old. When she's not being a doting grandma and spilling secrets about the twins, Sir and Rumi, Tina's dressing up as Queen Bey, proving there's no bond quite like theirs. Ahead of Mother's Day, we've rounded up their sweetest moments over the years. Check them out here.