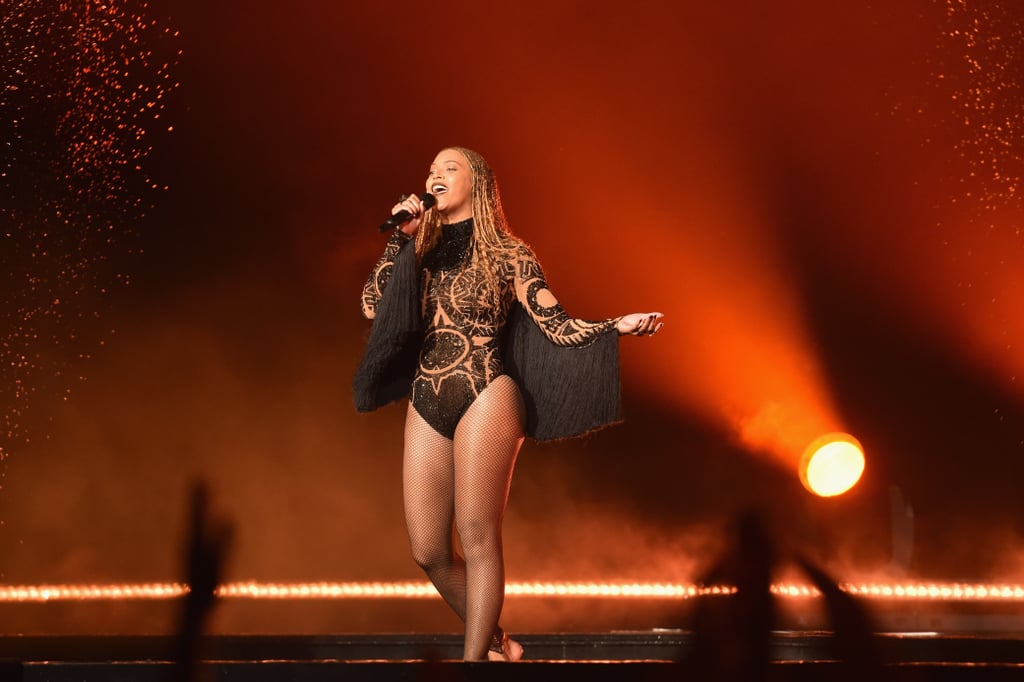 Beyoncé hasn't attended the BET Awards since 2012, but she broke that streak on Sunday night when she showed up as a surprise (hey, she's all about surprises). Queen Bey opened the show with a flawless performance of "Freedom," and had the crowd in hysterics as she and Kendrick Lamar kicked water at each other throughout the powerful song. While rumors floated for weeks that Beyoncé would show up — she's nominated for five awards and her protégés Chloe x Halle are performing — an appearance didn't seem too likely until her squad of dancers stomped the red carpet during the BET preshow and sent social media into a frenzy when they posed for photos while literally in formation.