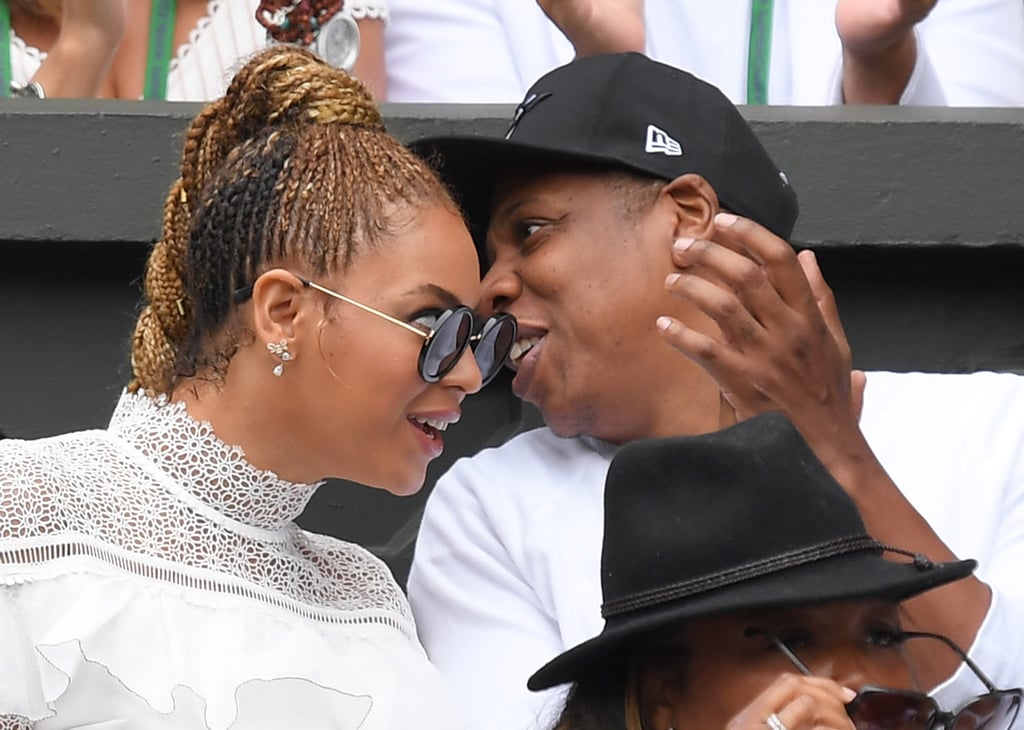 The women's final of the Wimbledon Tennis Championships drew in thousands of fans, but Beyoncé and Jay Z might have had the most fun out of all of them. On Saturday, the couple showed their support for pal Serena Williams — who famously made a cameo in Beyoncé's Lemonade — from the stands at London's All England Lawn Tennis Club. Clad in matching white ensembles, the duo cheered Serena on from her box as they attentively watched her win her 22nd Grand Slam title.

Beyoncé is currently in Europe for her Formation world tour and earlier this week, the singer posted a powerful, moving statement in response to the recent tragic reports of police brutality. Along with her response, she also paid tribute to the victims who've lost their lives to police brutality during her show on Thursday night by projecting their names on a giant onstage screen as she sang "Freedom" a cappella. See more of Beyoncé and Jay Z's outing below; then check out her most inspiring quotes.