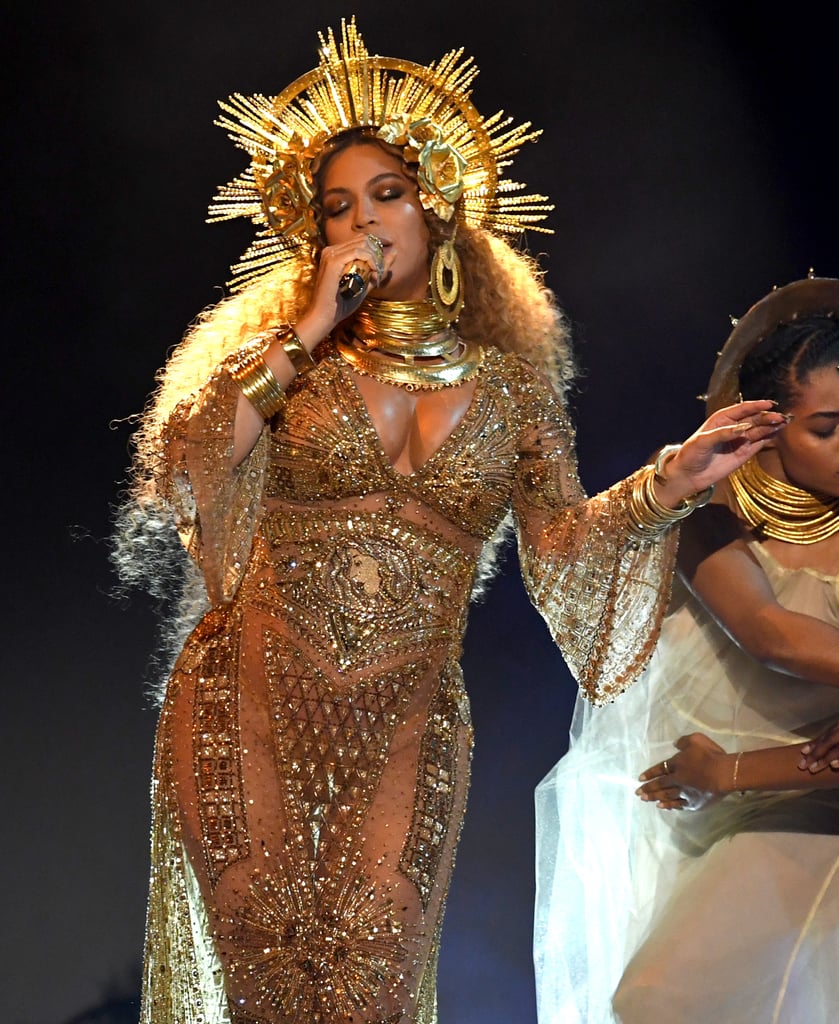 Beyoncé made her first official outing since announcing her pregnancy when she arrived at the Grammys on Sunday, and her appearance unsurprisingly sent the world into a tizzy. The singer, who is nominated for nine awards and could make history if she wins them all, skipped the red carpet but shut it down inside during her performance, wearing a glittering gold gown that flawlessly showed off her growing baby bump. Her husband Jay Z kept things dapper in a tuxedo and held on to the couple's 5-year-old daughter Blue, who rocked an adorable Prince-inspired look.

It was only two weeks ago that Beyoncé revealed that she and Jay Z are expecting twins, and the news elicited excited reactions from fans and fellow celebrities alike, as well as a number of theories about her pregnancy and possible due date (including a few from us). There really are no more words for how amazing Beyoncé looks at the Grammys, so scroll through now to see all the stunning photos.