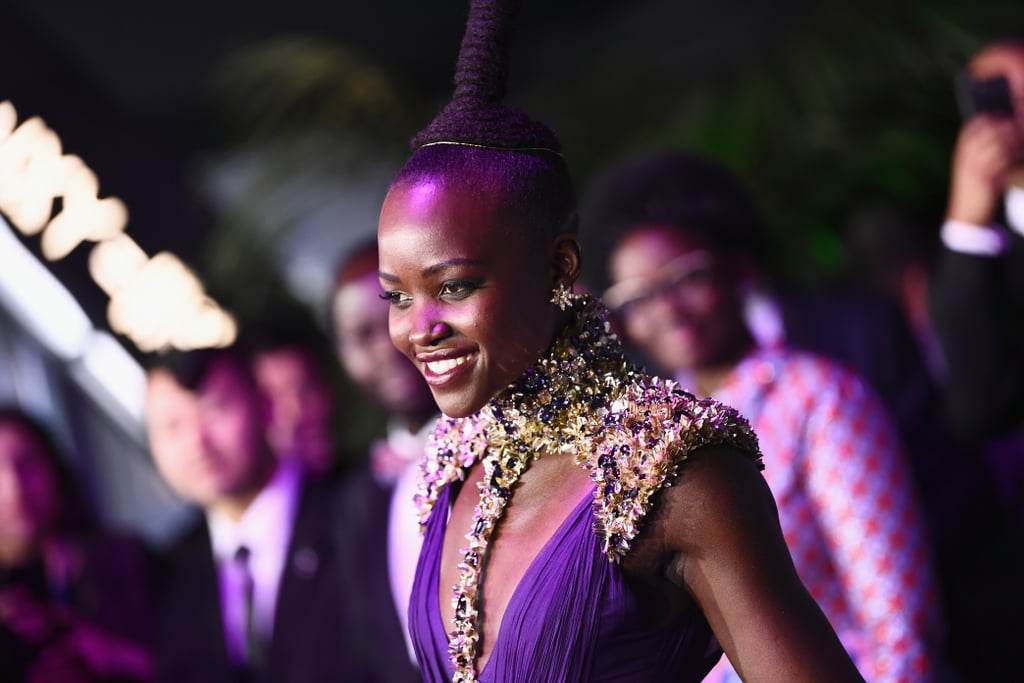 The devastatingly beautiful stars of Black Panther hit the red carpet on Monday night for the film's LA premiere at Dolby Theare. Chadwick Boseman, Lupita Nyong'o, Michael B. Jordan, Danai Gurira, Angela Bassett, and Sterling K. Brown — who is fresh off a very successful award season run — all showed up in style, proving our theory that this movie has one of the best-looking casts in cinema history. Director Ryan Coogler (who is equally easy on the eyes) was also in attendance, posing for photos with Lupita.

The highly-anticipated Marvel film doesn't hit theaters until Feb. 16, but it's already broken a huge record: within the first 24 hours of presales going live, Fandango revealed that it's now the bestselling Marvel Cinematic Universe movie in advance ticket sales, surpassing Captain America: Civil War. Keep reading to see photos from the star-studded premiere, then check out that insane trailer all over again.