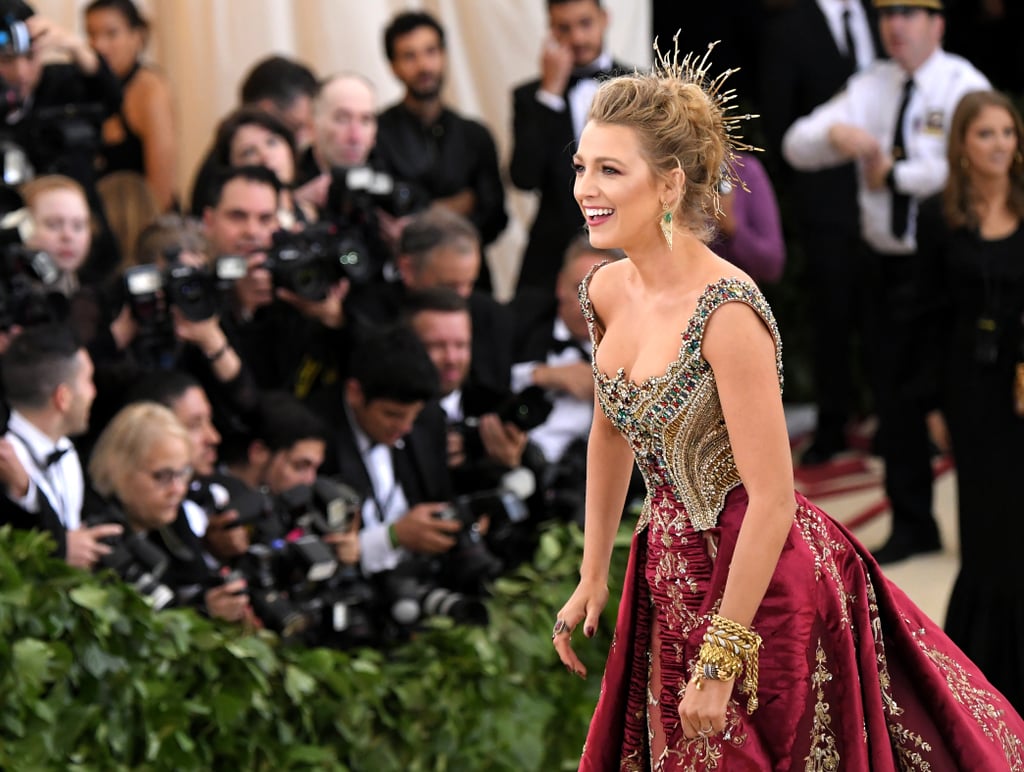 Blake Lively was a vision in tk at the Met Gala in NYC on Monday night. The actress and mom of two walked the red carpet in an elaborate maroon and gold jewel-encrusted gown that stuck to the night's theme of "Heavenly Bodies: Fashion and the Catholic Imagination." Blake previously revealed that the creation took "over 600 hours" to make — well, the attention to detail paid off, because she looked amazing! Instead of bringing husband Ryan Reynolds as her date, Blake was joined by footwear designer Christian Louboutin. While Blake was serving looks at the Met Gala, Ryan is actually overseas promoting Deadpool 2 before its May 18 release; over the weekend, he and costar Josh Brolin performed on Rome's version of Dancing With the Stars.

Blake has been doing her own promotion, albeit a little more under-the-radar; last week, she wiped out her Instagram feed, unfollowed Ryan, played a creepy game of Hangman, and followed 23 people named Emily Nelson. The move was a way to call attention to her upcoming film A Simple Favor. Now that Blake is back on Instagram (and the red carpet) keep reading to see her fun night at the Met Gala.