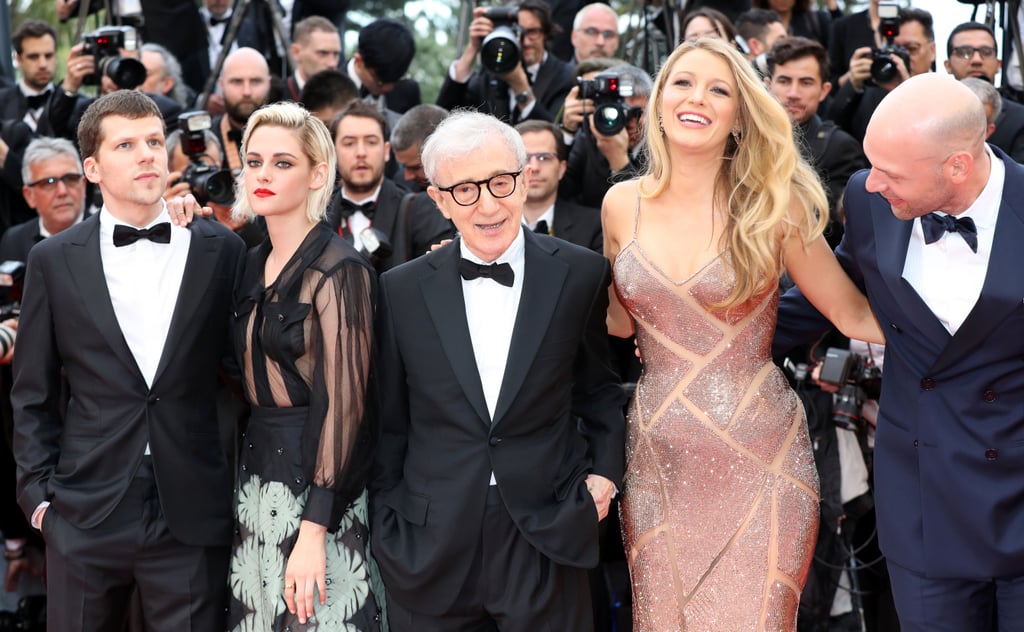 Blake Lively landed in the South of France for the Cannes Film Festival in 2016, and the actress already blew us away with her stunning red carpet looks and cute glimpses of her growing baby bump. Blake, who was pregnant with her second child with husband Ryan Reynolds, kicked things off at a photocall for her new film, Woody Allen's Café Society, on Wednesday; she was all smiles in a red jumpsuit and shared sweet interactions with her costars, Kristen Stewart, Jesse Eisenberg, and Corey Stoll. Later that evening, Blake was back on the carpet in a gold sequined gown for the movie's premiere, which also coincided with the festival's star-studded opening ceremony.

Keep reading to see all of Blake's flawless moments from the Cannes Film Festival so far, and be sure to keep up with all the glamorous arrivals.