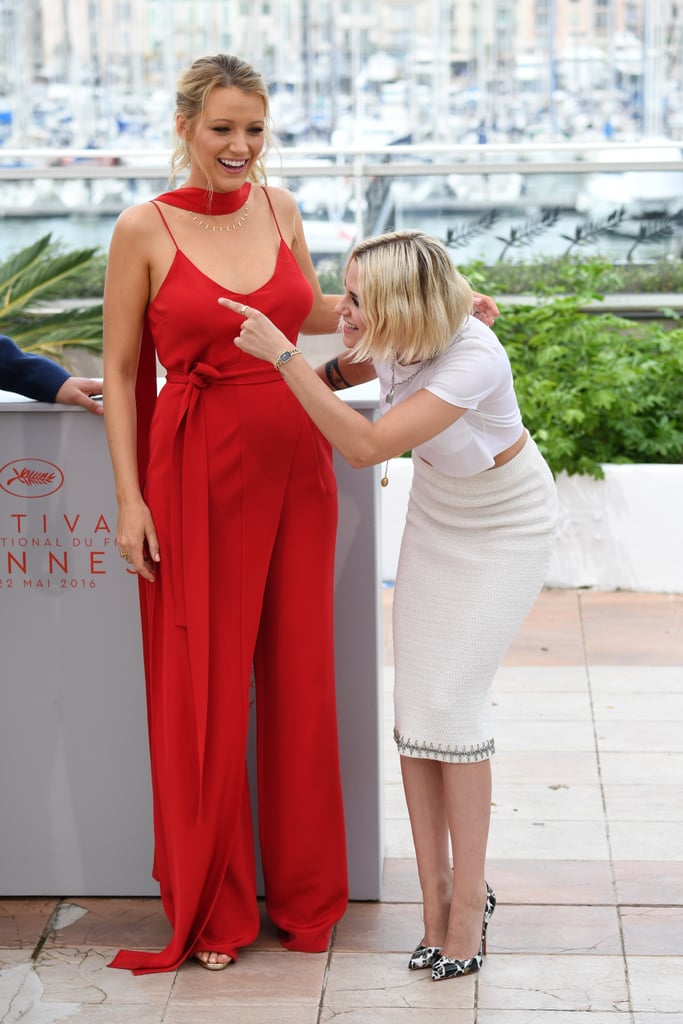 Blake Lively and Kristen Stewart definitely aren't the most obvious BFFs in Hollywood, but they are pretty adorable. The two stepped out in the South of France on during a photocall for their film, Woody Allen's Café Society, at the opening of the 69th Cannes Film Festival. Blake, who was expecting her second child with husband Ryan Reynolds, showed off her growing baby bump (and massive wedding ring!) in a red jumpsuit. The actress was also sporting three rings with the her, Ryan, and daughter James's first initials. Kristen also looked gorgeous in a white crop top and skirt while goofing around with Blake while posing for photos. Keep reading to see more of their glamorous afternoon, then check out the hottest Cannes couples past and present.