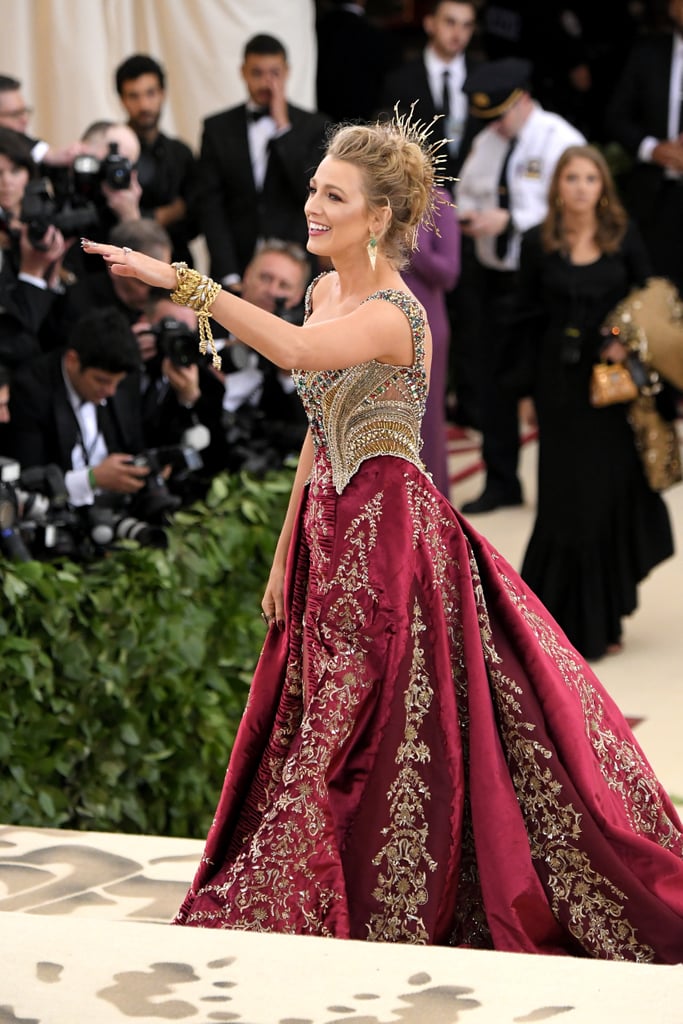 It's Blake Lively's world, and we're all just living in it . . . well, the photographers at Monday night's Met Gala absolutely were! The former Gossip Girl star went full Serena van der Woodsen when she returned to her old stomping grounds at the Metropolitan Museum of Art for the annual fashion event. Blake may be a red carpet expert, but the photographers were in complete awe of her ethereal presence, screaming her name and hollering at her to look a certain way. Yeah, not the best idea, because E! News, who was on the scene at the time, reports that she told photographers to "calm down," gesturing a "simmer down now" hand motion. When someone is wearing a dress that took over "600 hours" to make, you let them look whichever way they want! Check out the hilarious moment ahead.

Related:
Go Glam or Go Home: Over 100 of the Best Pictures From the 2018 Met Gala
Previous Next Start Slideshow
Join the conversation
Met GalaBlake LivelyRed Carpet
Latest Celebrity and Entertainment