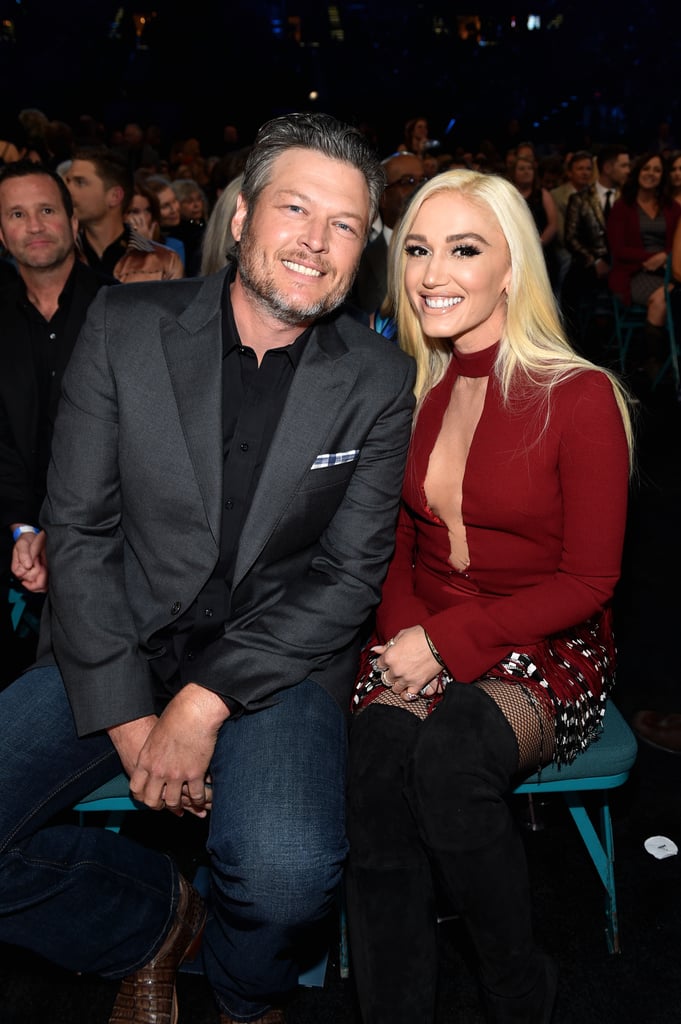 No awkwardness here! On Sunday night, some of country music's biggest stars came together for the ACMs, but it also brought together former country couple Blake Shelton and Miranda Lambert. While the "Tin Man" singer briefly spoke about her "broken heart" during her acceptance speech for song of the year, the two managed to keep their distance during the show. In fact, Blake looked completely carefree as he flaunted his love with Gwen Stefani. Aside from posing with Nicole Kidman and Keith Urban, the pair also shared a cute moment as they held hands backstage.

Blake and Gwen first started dating in November 2015, shortly after splitting from their spouses; Blake and Miranda filed for divorce in July, while Gwen and Gavin Rossdale ended their 13-year marriage in August. Even though the two were discreet about their romance at first, they have since become inseparable, showing sweet PDA any chance they get. See some of the highlights from Blake, Gwen, and Miranda's night at the ACM Awards ahead.

Related:
26 Snaps From the ACM Awards That Will Make You Wish Your Invite Didn't Get Lost in the Mail
Previous Next Start Slideshow
Join the conversation
ACM AwardsMiranda LambertBlake SheltonGwen StefaniRed CarpetCelebrity Couples
Latest Celebrity and Entertainment