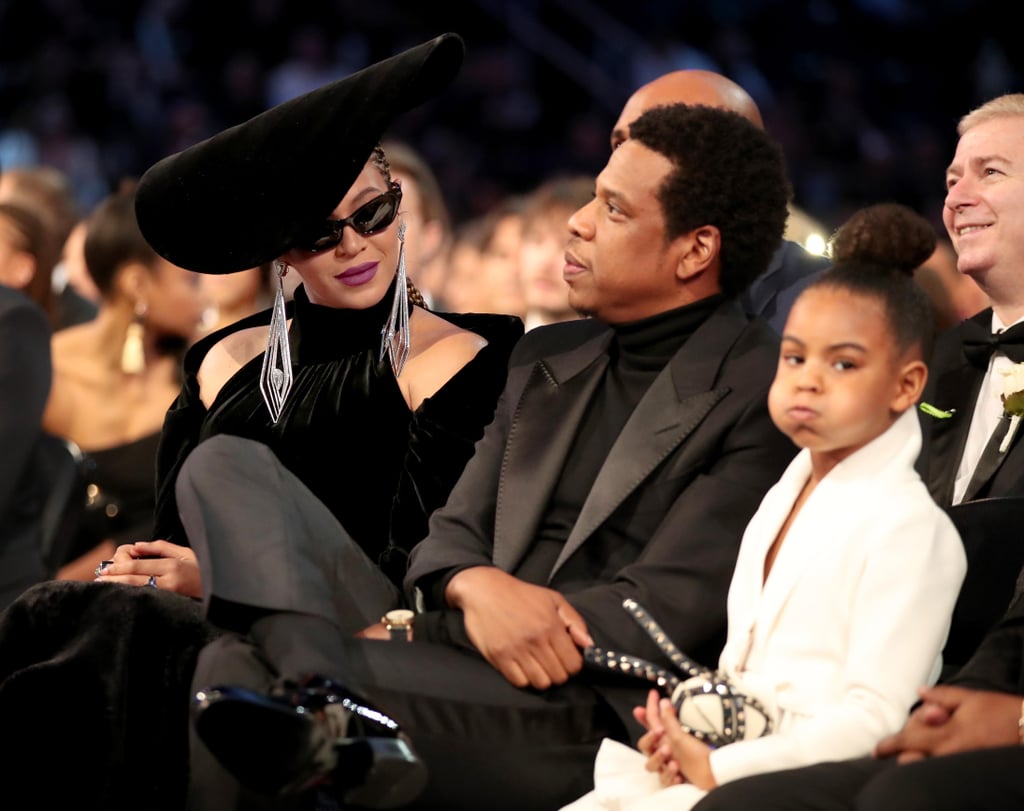 Beyoncé's mini me is becoming quite the Grammys regular. Blue Ivy Carter first attended the award show in 2015, when she was snapped greeting friends like Rihanna. She's since taken part in a star-studded Carpool Karaoke session in 2017 and instantly won this year's show when she shushed her parents for their overly enthusiastic clapping. But the fun didn't end there for the queen-to-be! Blue Ivy watched all the performances with her parents like it was no big deal, and the photographic proof is hilarious. Keep reading to see more photos of Blue Ivy acting like it was just another normal night for the Carter family.