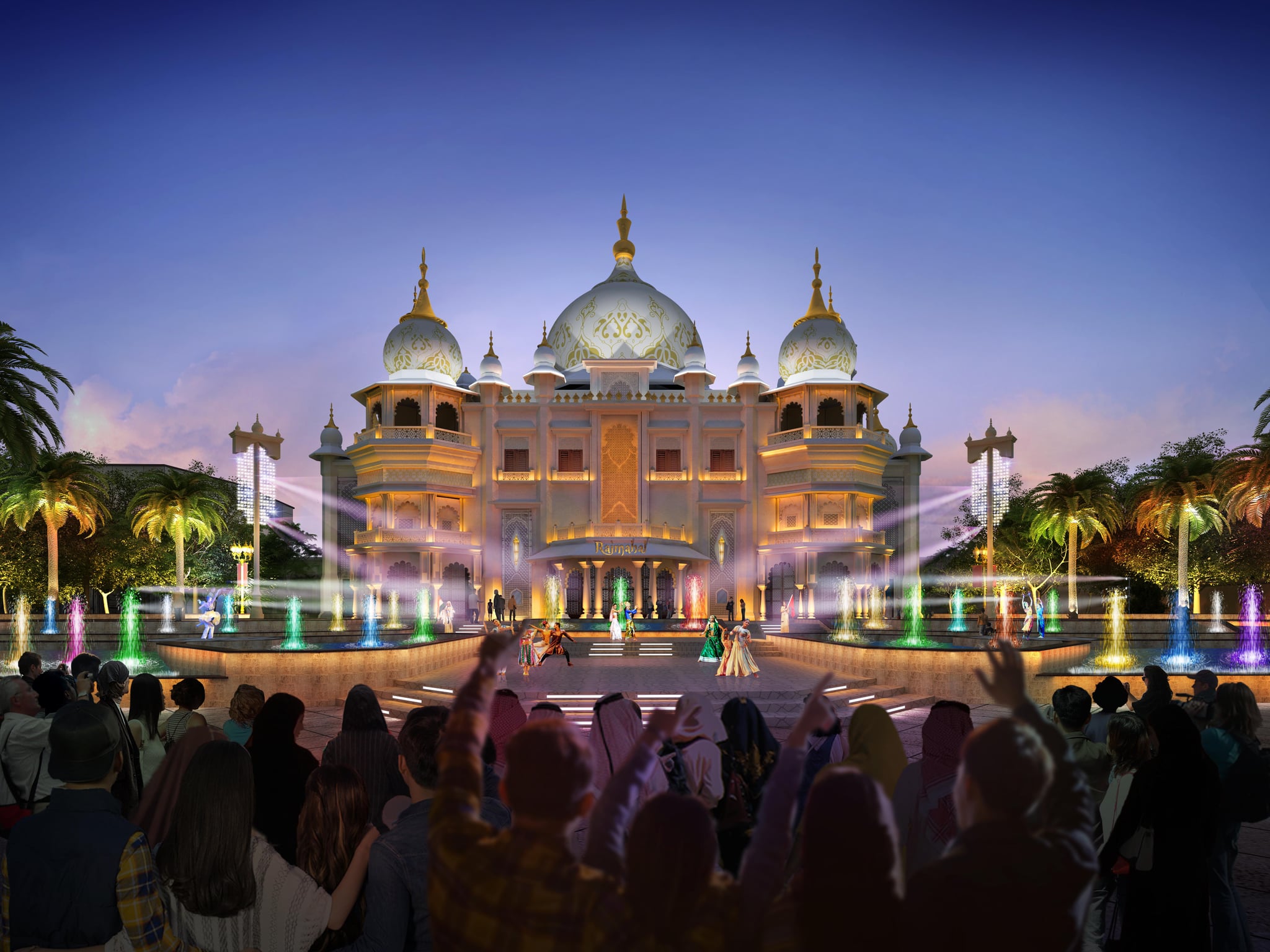 You wouldn't be blamed for assuming we already have one. But this year the Middle East is getting it's first Bollywood stage musical. Taking place at the Rajmahal Theatre inside Bollywood Parks Dubai, the Jaan-e-Jigar show is about brothers Jaan and Jigar and a "classic story of good vs evil."

As you would expect from all things Bollywood, there will be plenty of colorful drama, singing and dancing (with impressive acrobatics too). Each day, the park will have up to 20 live shows across five stages: Rock On!!, Crossroads, Mumbai Express, Rangmanch and Stars on Steps.

The musical isn't the only thing to look forward to at the Dubai Parks and Resorts location - inside the area is a stunning 850-seat arena which has taken design inspiration from beautiful palaces and the "intricate architectural designs of india."

Bollywood Parks has also brought the cream of the crop talent over from India to entertain the millions of guests they're expecting over the next year. As well as this separately ticketed performances, there will be plenty more attractions based on the musical-themed movies that are included in the price of the admission ticket.

Check it out when it opens November 15. Tickets cost AED245 for a single, AED430 for multi parks and AED755 for an annual pass.