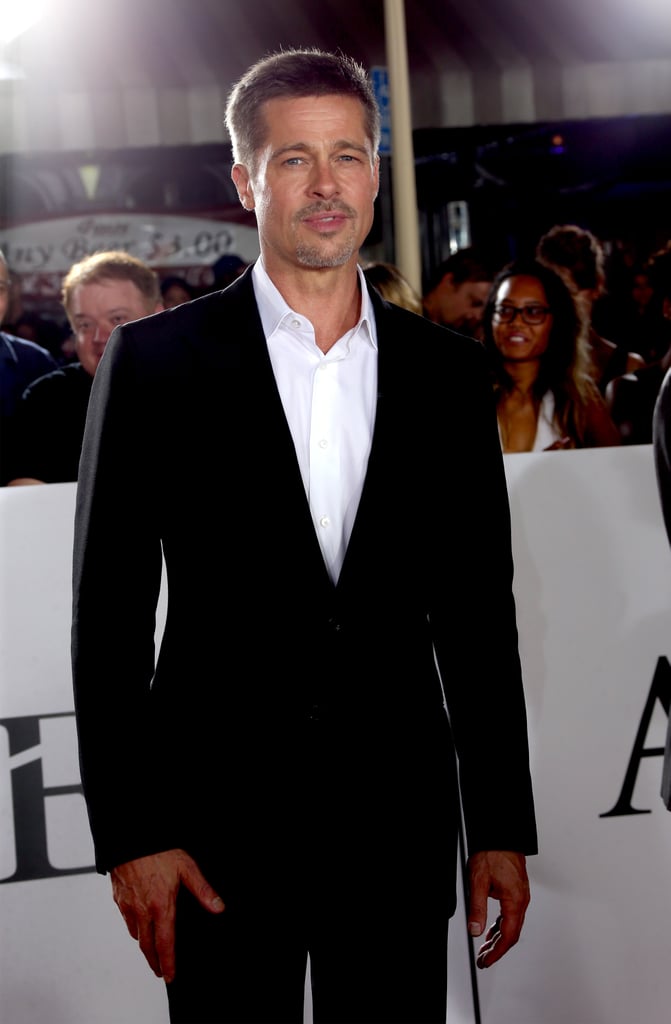 Brad Pitt appeared to be in good spirits when he stepped out for an Allied fan event in LA on Wednesday evening. The actor, who's been keeping a low profile as of late, looked dapper in a black suit as he posed for photos, signed autographs, and greeted fans. The event also brought out Brad's costar Marion Cotillard, who is currently pregnant with her second child with longtime partner Guillaume Canet. Marion first announced her pregnancy back in September after rumors began swirling that she and Brad were having an affair.

The event marked Brad's first red carpet appearance since Angelina Jolie filed for divorce from him in September, though he did attend a private screening of Moonlight with Julia Roberts on Tuesday night. Since the breakup, so much has happened between the former couple that their cute moments now seem like a distant memory. Although Angelina has yet to personally speak out on the matter, her attorney, Robert Offer, said her decision to split was "for the health of the family." Brad also released a statement of his own, telling People, "I am very saddened by this, but what matters most now is the well-being of our kids." Earlier in the day, law enforcement sources confirmed to Us Weekly that Brad has been cleared in a child abuse investigation involving his son Maddox. TMZ also reported that the Department of Children and Family Services ruled out any reports of any patterns of misconduct on the actor's part.

Related:
46 Couples Who Have Called It Quits This Year
Previous Next Start Slideshow
Join the conversation
Brad Pitt
Latest Celebrity and Entertainment