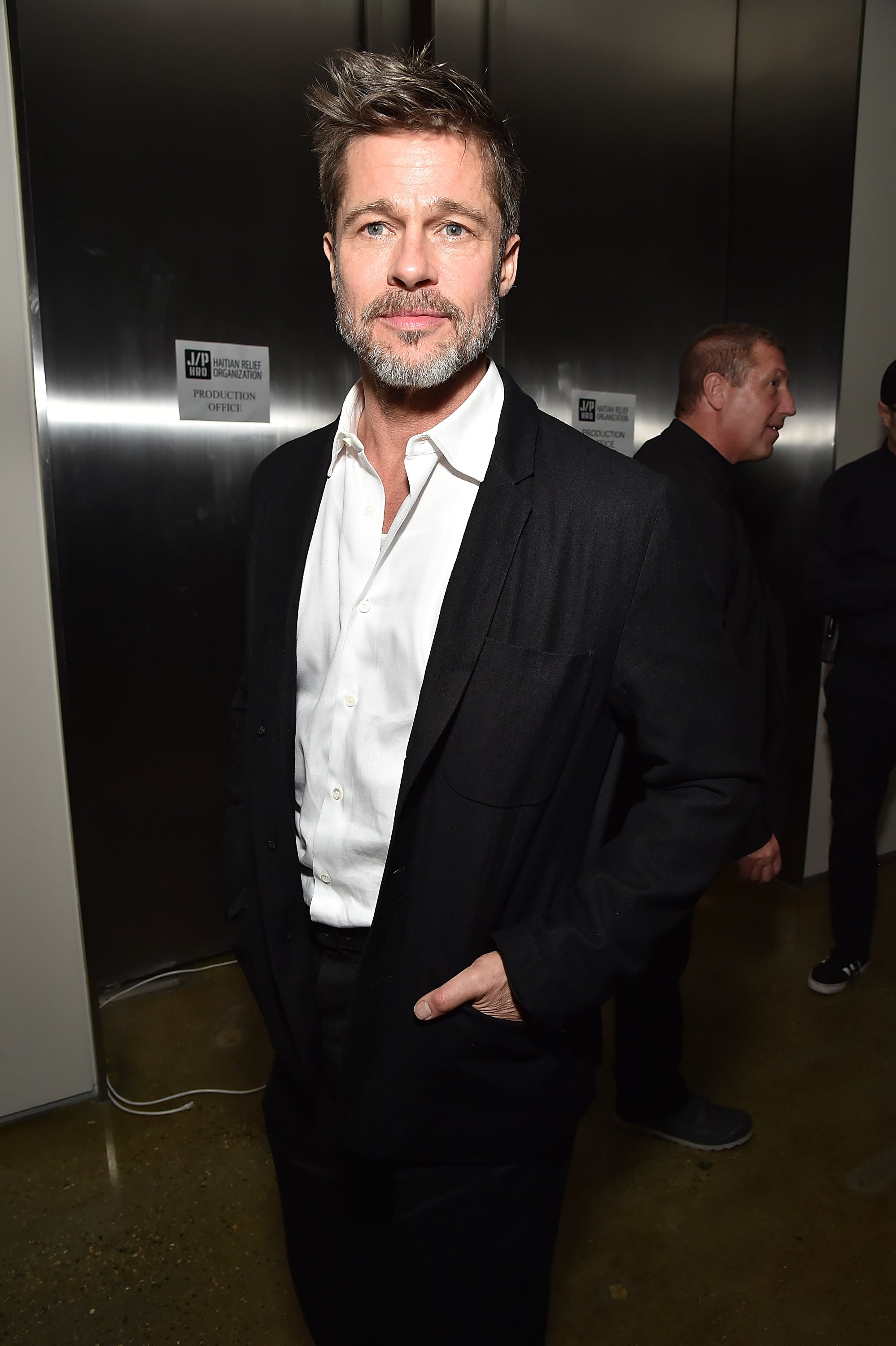 Brad Pitt was involved in a car crash in Los Angeles on Monday. Contrary to early reports that referred to a "3 car pile-up", the accident actually appeared to be fairly minor. The 54-year-old actor reportedly crashed his Tesla into a small Nissan, which then hit a Kia truck. The star was spotted taking photographs of the damage and calmly exchanging insurance information with the other two drivers, none of whom appeared to be injured.

The last year has been pretty quiet for Brad. While he recently stepped out in style for Sean Penn's annual Haiti Rising gala (and was outbid when trying to win the opportunity to watch Game of Thrones with Emilia Clarke), the War Machine star has been keeping a relatively low profile since his split from Angelina Jolie.