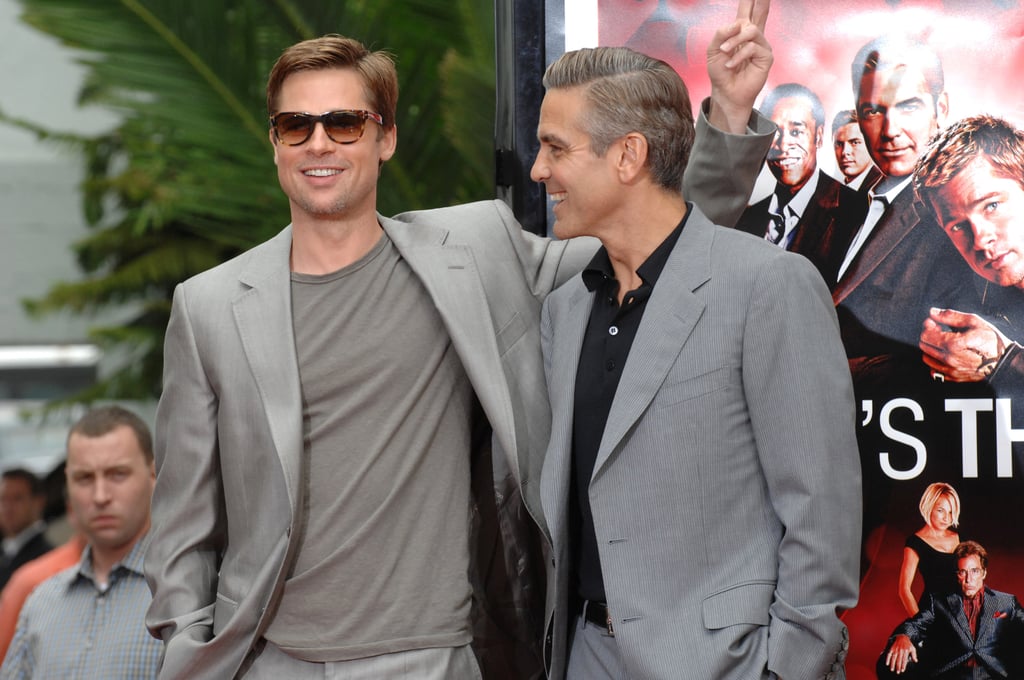 Consider this our formal request for more films starring George Clooney and Brad Pitt. Not only are the two actors some of the best of their time, but they also turn every premiere, photocall, and red carpet event into a downright delight to witness since they're pretty much constantly laughing and struggling to keep it together. (They're also easy on the eyes, so, that helps.)

After first working closely in 2001's Ocean's Eleven, George and Brad have gone on to appear together in two additional sequels, the Coen brothers's Burn After Reading in 2008, and the one-night Los Angeles debut of 8, a play about the events leading up to the overturn of Proposition 8. It's been a few years since they last worked together, however, but at least we have the following photos to tide us over in the meantime.