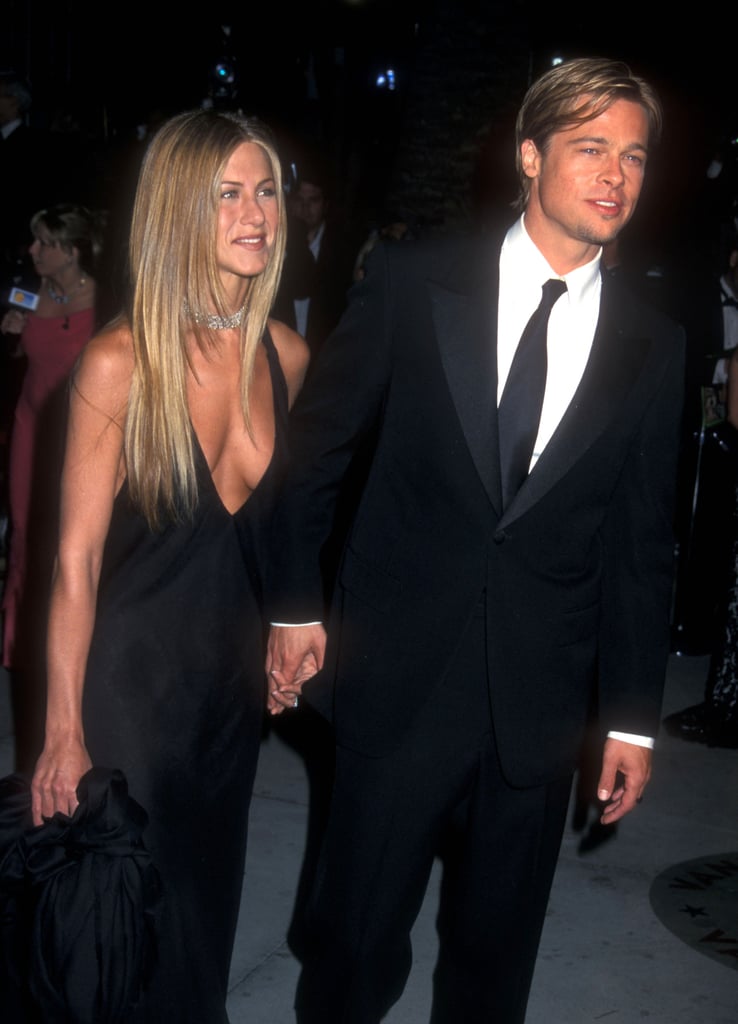 To say that people were shocked to see Brad Pitt at Jennifer Aniston's 50th birthday bash over the weekend is an understatement. However, it seems the famous exes — who were married from 2000 to 2005 — have reconnected following their respective divorces; Brad and Angelina Jolie announced their separation in September 2016, while Jen split from Justin Theroux in February 2018. "Brad wanted to support and celebrate Jen by attending her birthday party," Us Weekly reported.

According to the publication, the death of Jen's mom, Nancy Dow, in May 2016 is what first brought Brad and Jen back together. "Brad contacted Jen after her mom died, and she was touched that he knew what a difficult time it was," a source said. Brad also reportedly reached out to Jen following her split from Justin.

Still, don't hold out hope for a romantic reunion. Brad is still in the "ongoing process to work through things regarding the kids the divorce" and was recently linked to Charlize Theron. Jen, on the other hand, reportedly "wouldn't consider being with Brad in a romantic way" but will always have "a spot in her heart for him." So for now, we'll just add it to our vision board and dream about it.