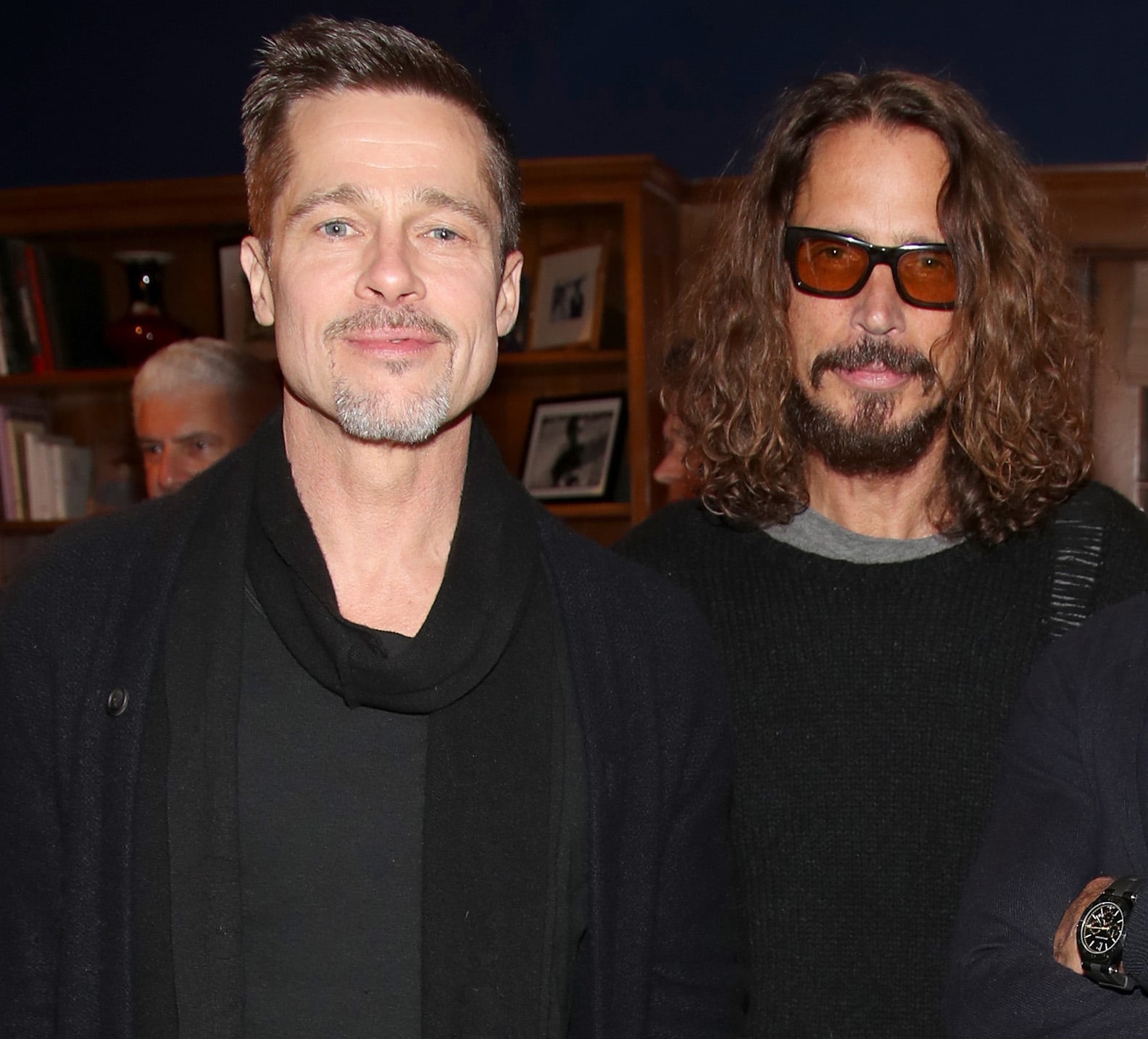 Brad Pitt spent quality time with Chris Cornell's kids, nearly two weeks after his death. The actor, who was close friends with the late Soundgarden frontman, took Chris's daughter and son— Toni, 12, and Christopher, 11 — to Universal Studio Hollywood on Wednesday. According to onlookers at the park, the trio were spotted sipping Butterbeer drinks from Harry Potter World and riding the Jurassic Park water ride. They also spent some time in the Simpsons-themed area.

The actor was just one of the many celebrities to speak out after Chris's death was ruled a suicide by hanging. An E! News source said he was "devastated and in shock" about the sudden loss adding that the recent death "has hit him very hard."