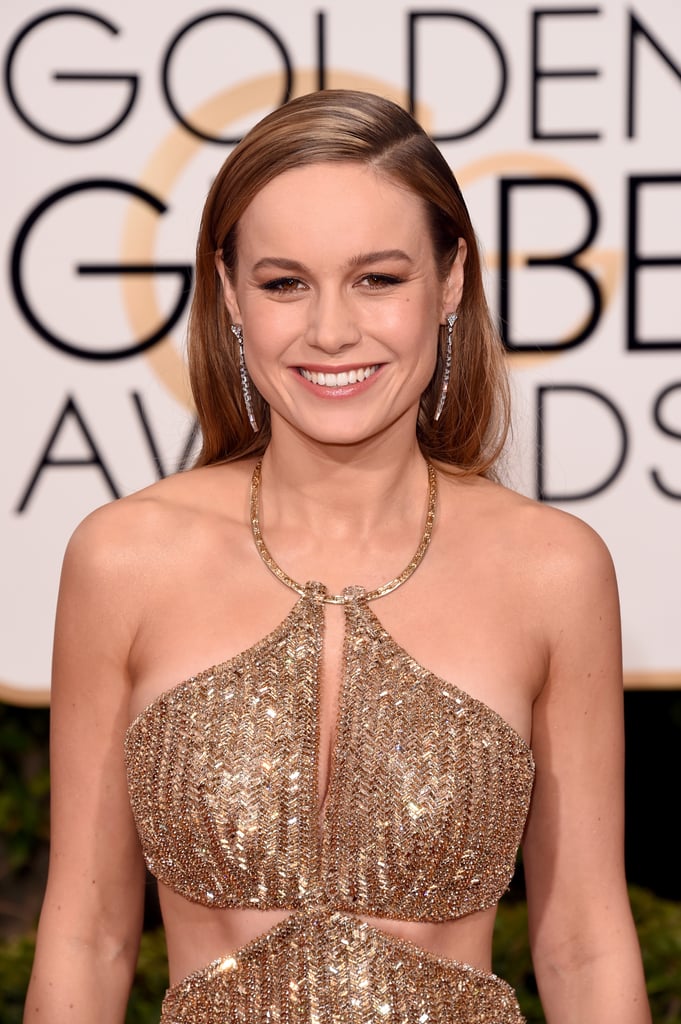 Brie Larson attended the Golden Globe Awards on Sunday night in Beverly Hills looking beyond beautiful. Brie, who is nominated for best actress for her role in Room, told E!'s Ryan Seacrest that she was nervous before attending the big event until she spoke with a certain actress, saying, "I spoke with Emma Stone before and she gave me a pep talk because I was like, 'I don't know what to expect,' and she was like, 'You're gonna have the best time. You're gonna be inside the TV. And so I just keep sitting here going, 'I am totally inside the TV right now!' It's amazing. Look at the size and stuff. I've been watching this since I was a kid so it's amazing." Keep reading to see more of Brie's night, and then check out all the couples on the red carpet.