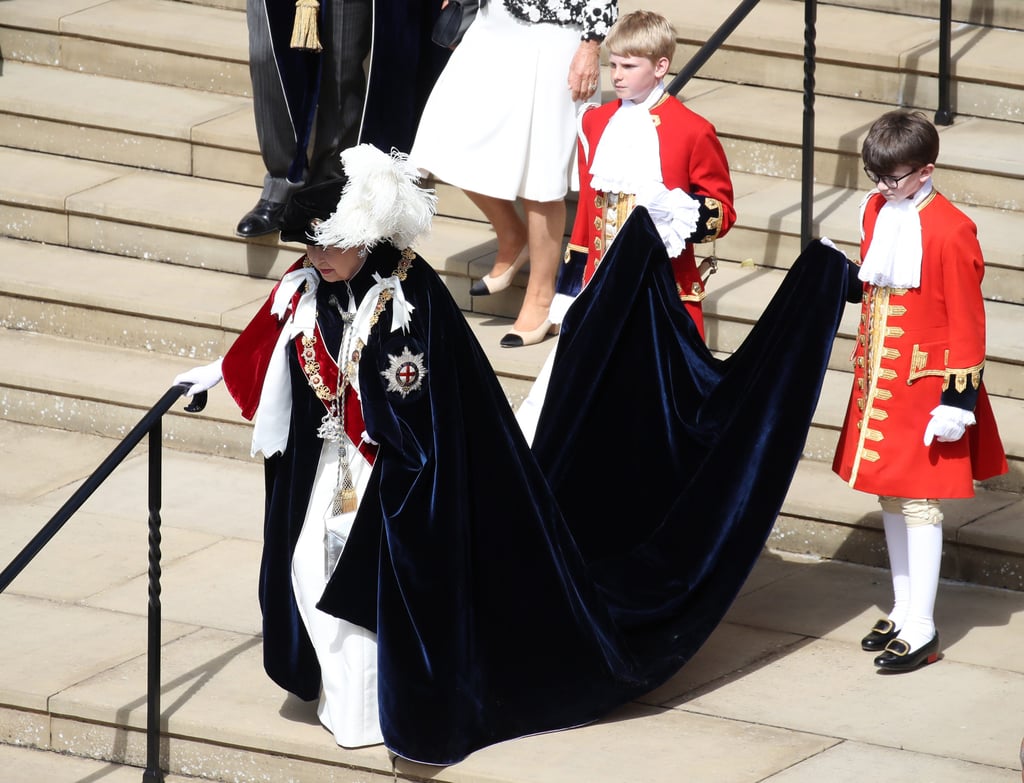 If you thought there was a whole lot of pomp and ceremony at Trooping the Colour, wait until you see the royal family all dressed up for the Garter Day Ceremony. The annual ceremony involves a parade at Windsor Castle, where members of the order wear velvet robes, golden insignia, and plumed hats, led by the queen (whose long velvet cloak is held up by two boys — remind you of anything?).

The Order of the Garter dates back to the time of King Edward III, who was inspired by tales of King Arthur and the chivalry of the Knights of the Round Table to set up his own group of honorable knights. The order is the oldest and most senior Order of Chivalry in Britain, and though it has its roots in the aristocracy, new knights are now given the honor in recognition for their public service and include people like former British Prime Minister John Major and the former governor of the Bank of England.

All of the queen's children are Knights of the Garter, and Prince William became the 1,000th knight 10 years ago. All of them were there on Monday to take part in the annual event, along with Charles and Edward's wives, Camilla and Sophie. Camilla was given the honor of sitting right next to her mother-in-law as the carriages made their way around the castle grounds, while the royals waved to the assembled crowds.

This is the beginning of a busy week for the royal family, as Royal Ascot begins on Tuesday, and we all know how much the queen loves the annual horse racing meet! See all the photos from today's ceremony ahead, and stay tuned for all the Ascot action as the week progresses.