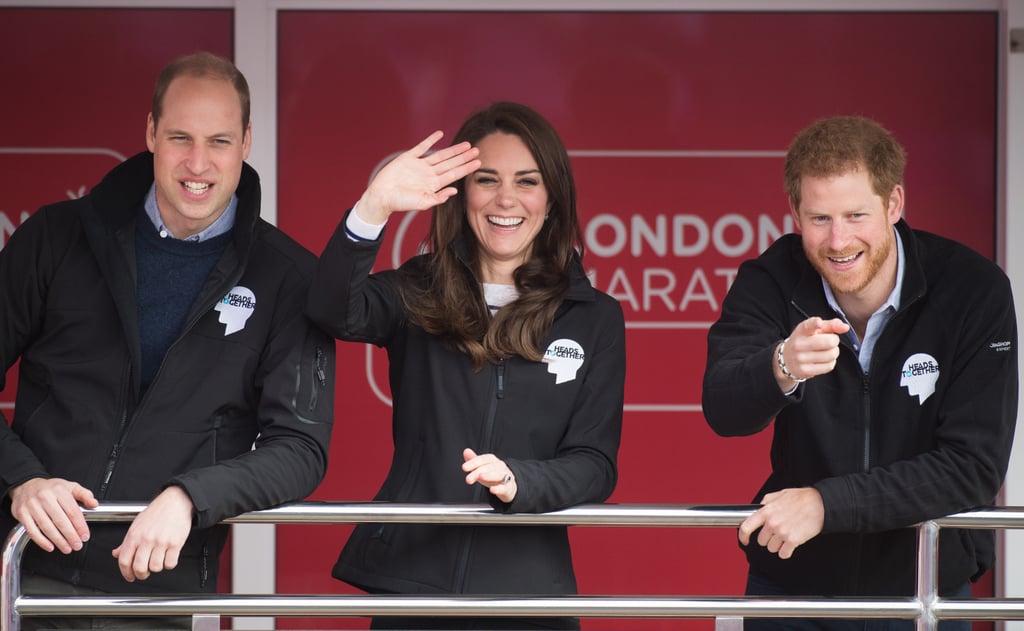 Prince Harry, Prince William, and Kate Middleton all stepped out for the London Marathon. The trio — whose mental health campaign, Heads Together, was the official charity of the marathon — kicked off the race by sounding the klaxon at the start line and cheered on the racers from the sidelines. Harry threw himself into the pre-race warm up and greeted runners with warm hugs, while Will exchanged training tips and talked about previous notable marathon runners. Kate also got in on the fun, handing out water bottles and posing for pictures with the Heads Together team.

Will, Kate, and Harry are doing everything they can to improve the world's conversation about mental health, and as part of Heads Together's "#OktoSay" series, they recently sat down to talk about how the initiative has affected not only their community but their own lives as well. Kate touched on how difficult it was being a first-time mother to Prince George, and Will talked about how the campaign has helped him and his brother cope with Princess Diana's death almost 20 years later. "We have been brought closer as a result of the circumstances," he said. "You are uniquely bonded because of what we've been through."