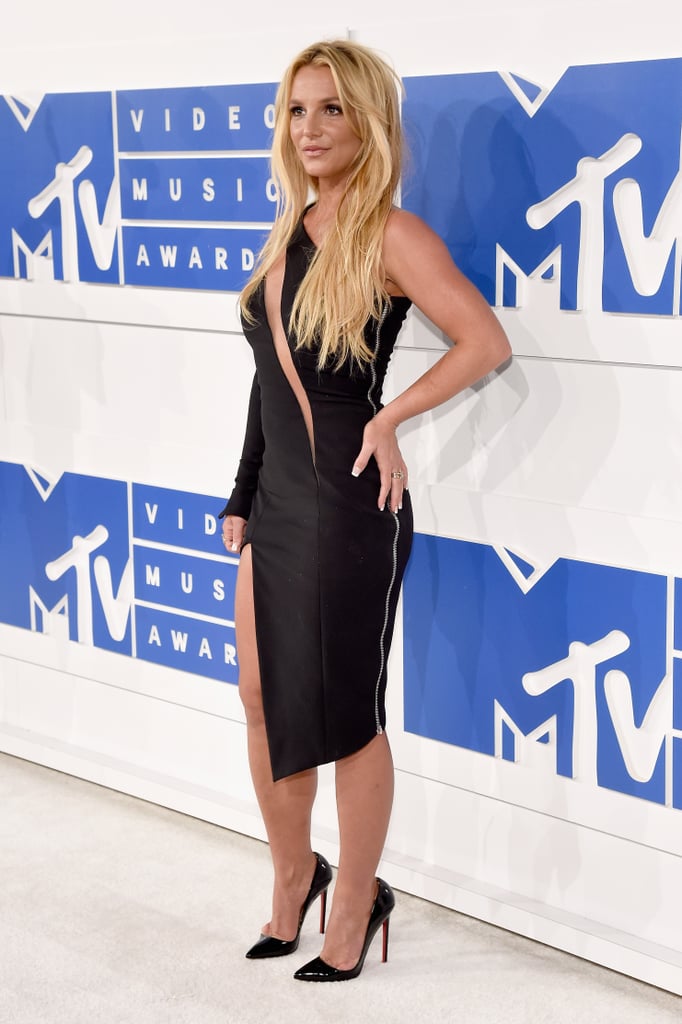 We're a Slave For Britney Spears's Ferocious Return to the VMAs

Britney Spears attended the MTV Video Music Awards at Madison Square Garden in New York City on Sunday night, proving that she's basically owned the show since her first appearance in 1999. The "Make Me. . ." singer hit the red carpet before her highly anticipated performance with G-Eazy, which marked the first time she rocked the VMAs stage in almost 10 years. Britney stunned in a black dress before changing into a yellow number with matching boots to belt out her hit song.

Her big night out is just the latest dose of Britney the world has been blessed with recently. In addition to releasing her new album, Glory, last week, she also made a hilarious appearance on Carpool Karaoke with James Corden and revealed that she would love to collaborate with ex Justin Timberlake (not kidding).