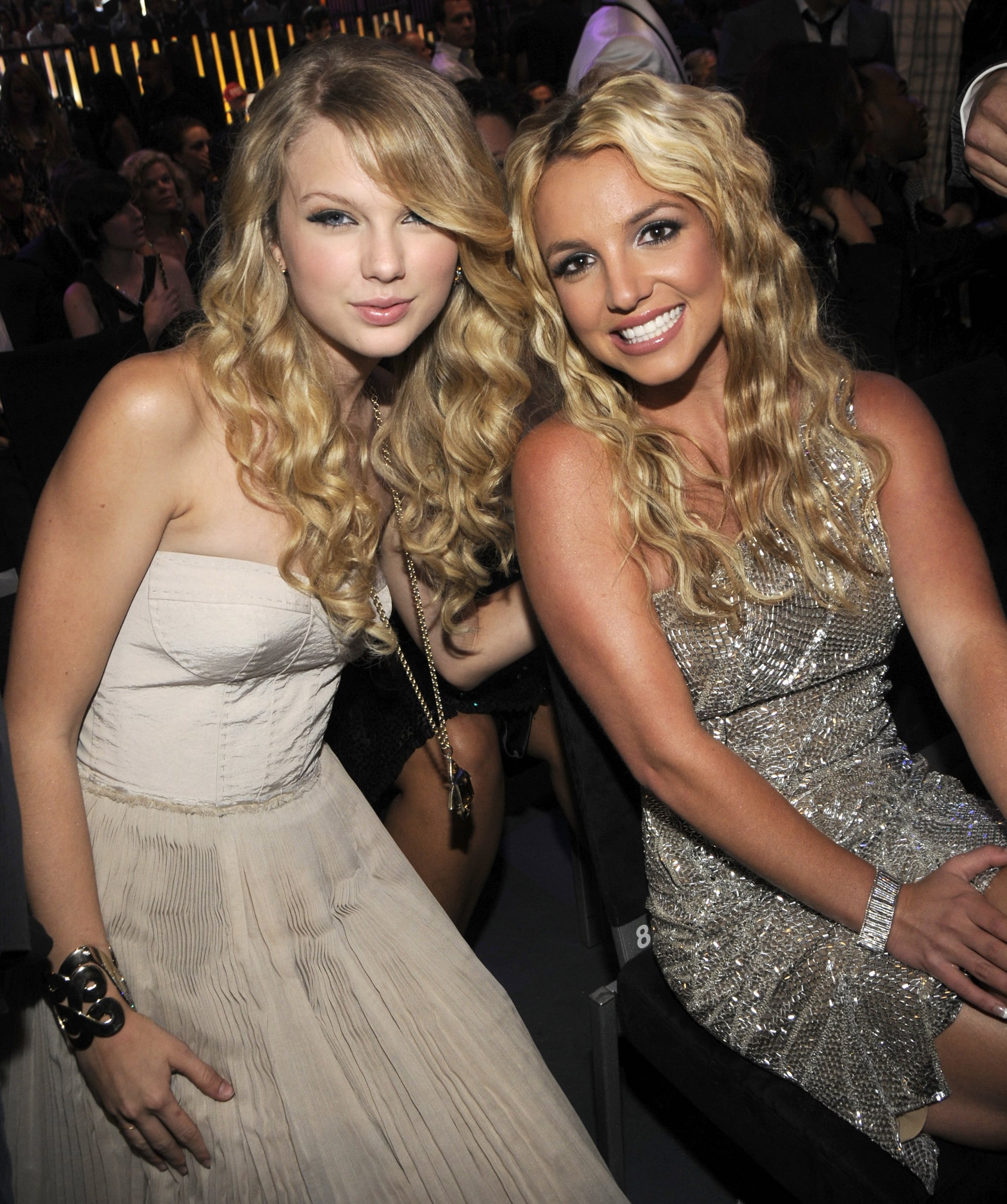 During an interview with Australian radio hosts Kyle and Jackie O on Monday, Britney Spears was asked if she'd rather hang out with Taylor Swift or Katy Perry. The always-diplomatic Britney responded that she'd "rather fly with Taylor," due to the fact that she's "never met her before." The only issue with her comment is that at some point, she's definitely met Taylor Swift before. The evidence lies in a series of photos of the stars at the MTV VMAs back in 2008, which show a shy-looking Taylor approaching Britney in her seat for a picture. It's possible that the fact slipped Britney's mind; after all, she would have met Taylor before her iconic "I'mma let you finish" moment with Kanye West, which we've since learned is the event that "made her famous" to begin with. Hopefully this isn't the start of some sort of Mariah Carey/Jennifer Lopez "I don't know her" beef.