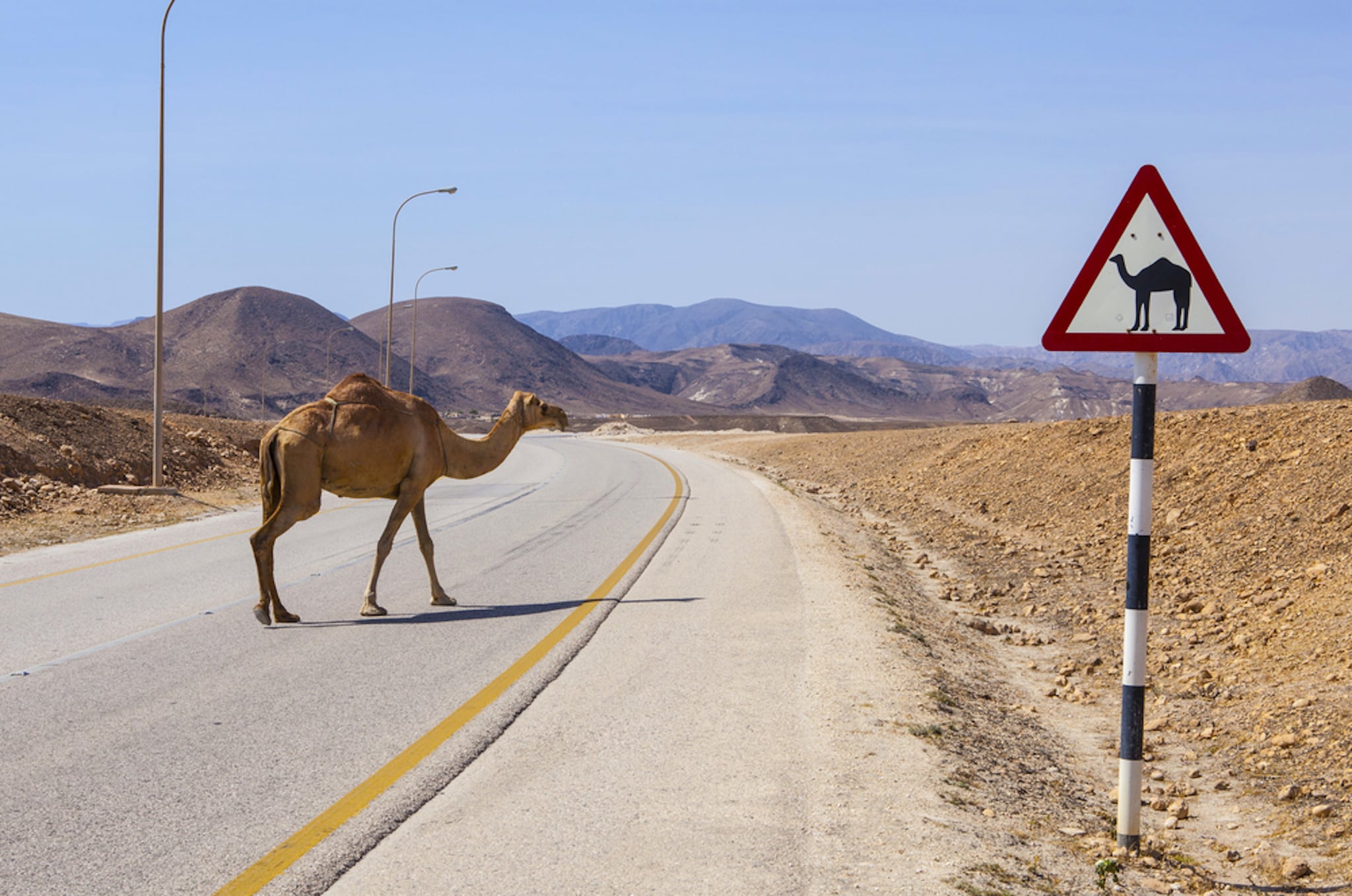 Things just got a little brighter for camel owners in Oman...literally.

Camels on the road are the cause of 41 deaths per year in Oman, The National reports, or six percent of all traffic related deaths in the country.

Now, in an effort to make driving conditions safer for camels and humans alike, police have issued a warning to camel owners, requiring that they affix a light to their animals when they're outside of their compounds or risk facing prosecution.

The ruling was issued by the Royal Oman Police's traffic department earlier this week, and stated that any camel found on the street without a light will be impounded, and their owner will face up to 15 days in prison and a AED4,930 fine.

According to The National, "the worst ever traffic accident involving camels in Oman, however, took place in the northern town of Buraimi in 2009. Nine people were killed in that incident, when a bus travelling towards the UAE border crashed after its driver tried to swerve to avoid hitting a herd of camels crossing the road."